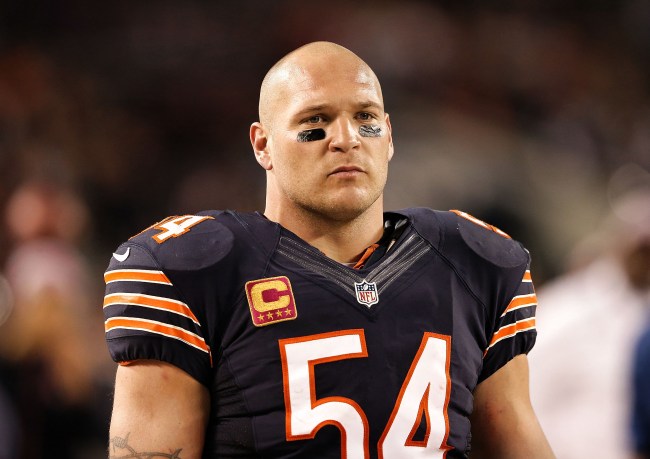 When “Brett Favre” began trending on Twitter Thursday afternoon, I suspected something frivolous, like Brett’s hot take on the upcoming NFL season or Brett sending another unsolicited photo of his johnson to an unsuspecting cheerleader.

I’d soon learn that Brett wasn’t trending for any reason of his own, but because fellow ex-NFLer Brian Urlacher used him as a prop in a buffoonish conflation of Favre admirably playing in the wake of his father’s death to NBA players refusing to play in the wake of the Jacob Blake shooting.

Kenosha police officer Rusten Sheskey shot the 29-year-old Blake seven times in the back after police were called to the scene for a domestic dispute. Blake reportedly admitted to having a knife in his possession and was shot shortly after he “opened the driver’s side door, and leaned forward,” the Wisconsin Department of Justice Division of Criminal Investigation said.

Facts of the incident aside, one has to do some serious mental gymnastics or hallucinatory drugs to get on board with this Urlacher nonsense.

Urlacher reportedly went on to ‘like’ a post calling to free Kyle Rittenhouse, the 17-year-old suspect in an on-going investigation for shooting two protesters and seriously injuring another during a Kenosha protest.

Urlacher, who met with President Trump back in March presumably to ask his brother be pardoned for his illegal participation in a gambling ring, made very few new friends on the internet today.

Hall of Famer Brian Urlacher showing his former teammates his true colors. That locker room ain't as anti-racist as coaches and players like to romanticize it to be. https://t.co/uIv6xWSjdL

As a Chicago Bears fan and big fan of 54, this is tough to see. I wish Brian Urlacher was smart enough to realize that Brett Favre’s dad passing and Racism are not the same thing. pic.twitter.com/bVvlqkEKjf

Brian Urlacher just called out the NBA players for boycotting.

But all I can remember about Urlacher is that time when Tom Brady put him on skates pic.twitter.com/Y9dJ483yBN

Brian Urlacher needs to donate his brain to science.

You can’t spell Urlacher without an L.