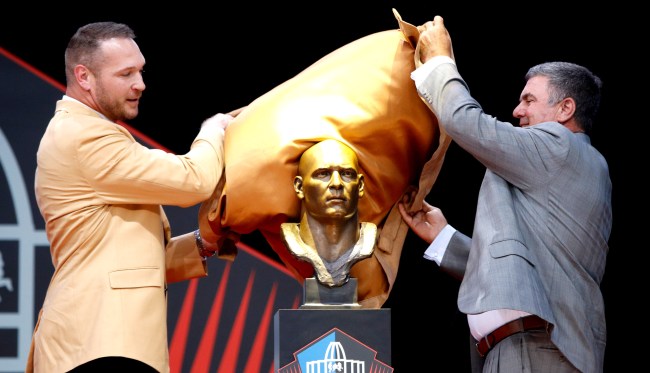 On Monday, United States President Donald Trump threatened to deploy the military against protesters while law enforcement reportedly used tear gas against nearby peaceful protesters in order for him to have a photo opportunity at nearby St. John’s Church.

“I am your president of law and order,” Trump said during his press conference. “I am mobilizing all available federal resources, civilian and military, to stop the rioting and looting, to end the destruction and arson and to protect the rights of law-abiding Americans, including your second amendment rights.”

The bishop of St. John's Church says her church was used as a "prop" for Trump's violent messaging on the protests. She condemned his using tear gas on peaceful protesters for a photo op as "antithetical to everything" followers of Jesus should believe. https://t.co/FfkzTtrBsP

As a bishop in the Episcopal Church, and an American citizen, I am shaken watching protestors in Lafayette Park gassed and cleared so that the President of the United States can do a photo op in front of St. John's Episcopal Church holding a Bible.This is blasphemy in real time.

Specifically, Trump said he would be targeting “professional anarchists, looters, criminals, antifa and others.”

“Today, I have strongly recommended to every governor to deploy the national guard in sufficient numbers that we dominate the streets,” said Trump, following a teleconference with state governors. “Mayors and governors must establish an overwhelming presence until the violence is quelled.

“If a city or state refuses to take the actions necessary to defend the life and property of their residents, then I will deploy the United States military and quickly solve the problem for them.”

Trump added, “I am also taking swift and decisive action to protect our capital, Washington DC … As we speak, I am dispatching thousands and thousands of heavily armed soldiers, military personnel and law enforcement officers to stop the rioting, looting, vandalism, assaults and wanton destruction of property. We are putting everybody on warning.”

Naturally, many people were taken aback by Trump’s statements about potentially using the United States military against its own citizens.

One of them was former NBA star Grant Hill, who wrote on Instagram, “Change comes this November… #voteouthate #vote2020.”

For some reason, Hall of Fame NFL linebacker Brian Urlacher chose that moment and that forum to express how he felt about Trump’s press conference.

“Did you not just watch his press conference??” replied Urlacher to Hill’s post. “He’s trying to protect us from all this nonsense going on right now. These are not peaceful protests. These are acts of violence against OUR country.”

Urlacher’s comment did not sit well with many fans.

welp time to burn all my old @BUrlacher54 jerseys. what a shame.

Stark contrast in opinion from Urlacher vs Jonathan Toews.
I know whose number and name I am proud to represent. Shout out to 19. pic.twitter.com/y5xmJf30pD

Brian Urlacher has hair but not a spine https://t.co/oFnJwBGS1r

Time to hit the Hairlacher billboards...