People Are Assuming Bronny James Got Grounded By LeBron Because He Couldn’t Hang Out And Play Call Of Duty With Odell Beckham Jr. 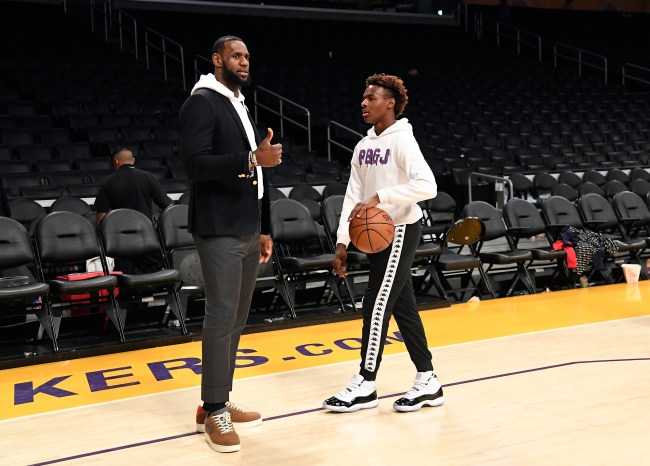 LeBron James is back home in Los Angeles after spending three months inside the NBA bubble which may not be a good thing for the young Bronny James.

Last month Bronny uploaded a video of himself smoking what appeared to be a joint to his Instagram page. Since then people have been joking about how LeBron was going to punish Bronny when he got back home.

On Monday night, Bronny, who is part of the esports team the FaZe Clan, was supposed join NFL star Odell Beckham Jr. to play Call of Duty on a live stream. Odell noticed Bronny was missing and asked the group where he was and the other people on the stream seemed to allude that Bronny couldn’t make it because he was in trouble.

Bruh LeBron has Bronny in the gulag LMAOOOO pic.twitter.com/mnycUlVTO9

Of course, the Internet had jokes about Bronny’s predicament.

That Odell laugh at the end got it LMAOOO bronny going through life lessons right now https://t.co/EaFGJ7yHtg

lmao bron really came home from the bubble and immediately laid down the law https://t.co/7i9fqkv87C

Lmaoooo even OBJ knows he was getting his ass chewed out all day yesterday 😂😂😂 https://t.co/kusoffu3EE

yall seen that video of Odell askin why bronny wasn't runnin on warzone this morning?? pic.twitter.com/P0kJRf0zXW