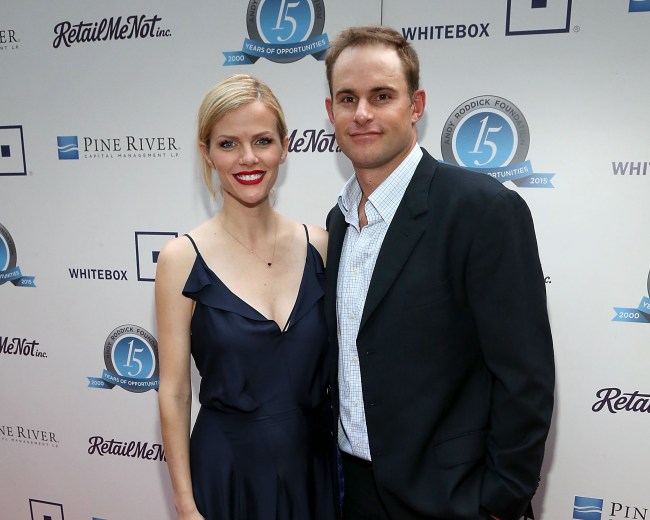 Before retiring on his 30th birthday back in 2012, Andy Roddick amassed an impressive collection of hardware during his successful 12-year career. 32 titles to be exact, including the last American to win a Grand Slam singles title back in 2003 when he was just 21-years-old.

The International Tennis Hall of Famer announced his retirement in August 2012 with more gas in the tank to focus on his foundation–The Andy Roddick Foundation–whose mission is to “engage children in high quality learning and enriching experiences after school and during the summer.” Oh, and to spend more time with his Sports Illustrated swimsuit model wife, Brooklyn Decker and their one-year-old son, Hank.

In an interview with PEOPLE Magazine, Decker revealed that Roddick had straight up trashed all of the trophies he was awarded during his career during an expensive cleaning spree.

“It was really upsetting,” Decker says of coming home to find his accolades gone. “He did it one day when I was out of town. [He] decided that these don’t mean success to me, these don’t define me and I don’t really care to have these material things sitting around the house, so he threw them in the trash. I think he saved a few but they are not on display.”

It’s tough to feel bad for Roddick though, considering he’s raked in over $20 million in prize money over his career and, well…