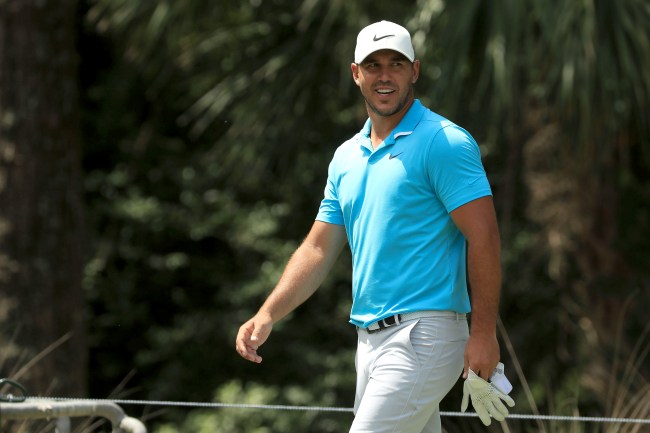 If there was any doubt about the Brooks Koepka-Bryson DeChambeau rivalry being alive and well, anyone watching the second round of the St. Jude Invitational got a quick reminder that these two really don’t like one another. I mean, that’s not too surprising given their history, with Koepka previously throwing shots at DeChambeau about steroid allegations via Twitter, and DeChambeau once taking a shot at Koepka’s physique — which is a hilarious angle to go with. But, hey, here we are.

Never one to let an opportunity pass by that humiliates Bryson, Brooks Koepka poked the (big) bear during the St. Jude Invitational by joking with his caddie about seeing an ant somewhere around his golf ball. Take a look below.

So what’s Koepka’s reference have to with DeChambeau? During the first round of the St. Jude Invitational, Bryson was caught pleading with a rules official about getting a free drop because fire ants were around his ball. Unfortunately for him, it wasn’t deemed to be much of a risk, and the golfer was seen visibly pissed off after hitting a shitty shot afterwards.

While there is a “dangerous animal condition” noted in the rules of golf — which states that a “dangerous animal (such as poisonous snakes, stinging bees, alligators, fire ants or bears) near a ball could cause serious physical injury to the player if he or she had to play the ball as it lies” — Bryson DeChambeua’s plea got shot down. Maybe next time, dude.

As for Brooks Koepka, he took the opportunity to dunk on his rival the very next day, having a little fun at Bryson’s disposal — and it was all caught on TV mics. Classic, and it’s a sly move that’s sure to get DeChambeau upset.

Who knows what’s next in the Koepka-DeChambeau rivarly, but here’s to hoping it reaches Happy Gilmore-Shooter McGavin status soon. If shit like this keeps happening, it’s bound to get there at some point.