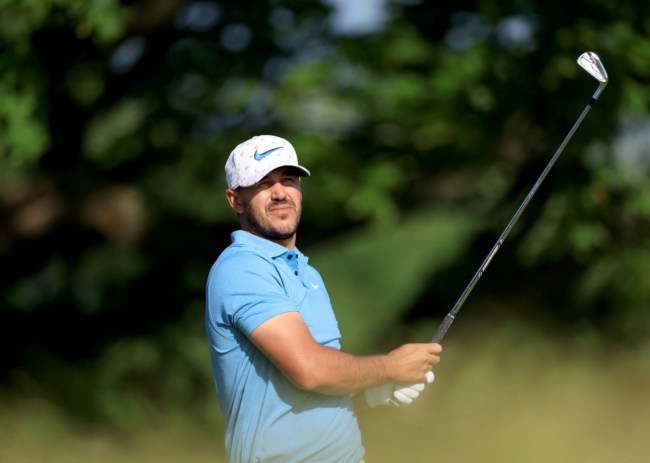 Just like every other great professional athlete, Brooks Koepka does not lack any confidence. What makes Koepka a bit different than his fellow competitors, however, is that he doesn’t turn his confidence and bluntness off when speaking with the media.

While his fans appreciate his honest, to-the-point quality, others can’t stand it.

Koepka entered this week’s U.S. Open his same, confident self despite making just two starts since March. Those two starts were a missed cut at the Masters and a T-55 at the PGA Championship.

You have to throw all of that out of the window when it comes to the U.S. Open for Koepka, however, given the fact that he’s finished no worse than T-4 in each of his last four appearances in the major. He won back-to-back U.S. Opens in 2017 and 2018, so again, he has every reason to be oozing confidence this week based on history alone.

After an opening-round 73 on Thursday, Koepka backed that up with a 3-under 67 on Friday to get right back into contention. Following his round, Koepka explained his game plan heading into the week, and the only adjective to describe his quote is, you guessed it, confident.

“I don’t come here hoping for second place,” Koepka told Golf Channel on Friday. “I think if you’re a good player, you want to come in here and win. That’s why everybody is teeing it up. Nobody has a goal of just making the cut.

That’s just Koepka being Koepka, but he realizes him carrying himself with so much confidence is why some people don’t like him.

“I’m pretty confident, but I feel like everybody should be confident in themselves. People hate confidence. That’s why people aren’t a big fan of me,” Koepka explained.

You don’t have to like him, but you can’t really argue with his message that everybody should be confident in themselves.