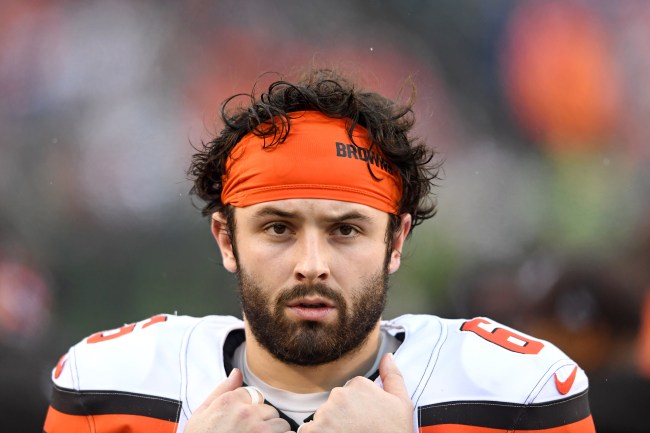 Baker Mayfield isn’t backing down to his critics when it comes to kneeling during the anthem to protest police brutality.

Earlier this year, Baker said that he was going to “absolutely” kneel during the anthem and gave a detailed explanation as to why.

During the Browns media day session on Friday, Mayfield doubled down on his reasoning to kneel during the anthem this season and sent a strong message to those who are still critical of anthem kneelers.

#Browns QB Baker Mayfield took some heat after saying he's "absolutely" kneeling during the anthem. Today, he says, no, he has no regrets in taking that stance, and for those questioning him: "Take your time. Take a second to get to know me. It’s a human rights issue."

“It’s wrong. Right and right and wrong is wrong,”. “It’s a human rights issue. It’s been going on for a long time and I believe in that. It’s nothing against the military, anyone who served. Anybody that knows my history knows I completely support the military and people that serve our country for the right reasons and do it for justice.

“The people that don’t know that, that’s OK. Take your time. Take a second to get to know me. It’s a human rights issue.”

Baker’s decision to kneel is getting plenty support from his teammates.