Browns Claim QB Kellen Mond Off Waivers After Being Cut By The Vikings, Fans Have Jokes 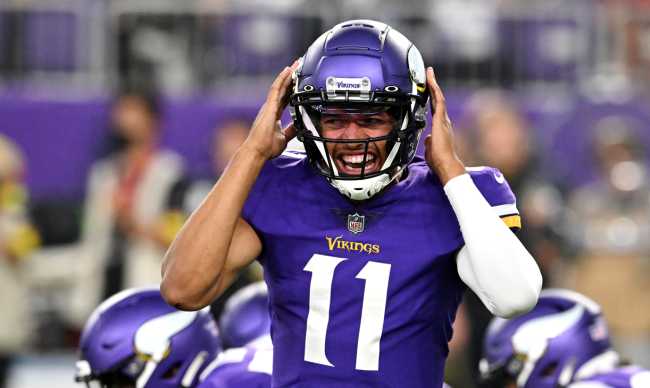 This year the Browns will add to that number when any of their four current quarterbacks, Deshaun Watson, Jacoby Brissett, Josh Dobbs, and Kellen Mond, take the field to start a game.

Mond is the latest addition to the Browns’ endless list of quarterbacks after being claimed on waivers on Wednesday after being cut by the Vikings.

Minnesota drafted Mond in the third round (66th overall) of the 2021 NFL Draft after an excellent career at Texas A&M.

Mond ended his college career as just one of three SEC quarterbacks to pass for over 9,000 yards and rush for over 1,500 yards (Tim Tebow and Dak Prescott are the other two).

Unfortunately, that success in college hasn’t translated in the NFL, as he has played in just one game, throwing just three passes for the Vikings, and getting absolutely skewered by his head coach Mike Zimmer.

Which is why NFL fans just couldn’t help themselves when they learned the news about the Cleveland Browns picking him up on waivers.

Browns and a Texas A&M quarterback, what could go wrong…?

Browns fans also expressed surprise (and sadness) at the report.

Another name to add to the infamous Browns QB jersey

Have to feel for the guy whose spot Mond will be taking on the Browns’ roster.

Can’t tell if this is a skit or not

It wasn’t always that way.

The Browns used to be actually be quite good at the quarterback position.

From 1946 to 1995, seven quarterbacks, Otto Graham, Milt Plum, Frank Ryan, Mike Phipps, Brian Sipe, Bernie Kosar, and Vinny Testaverde, started 76 percent of all games (532 out of 704) at QB for the Browns over 42 different seasons.