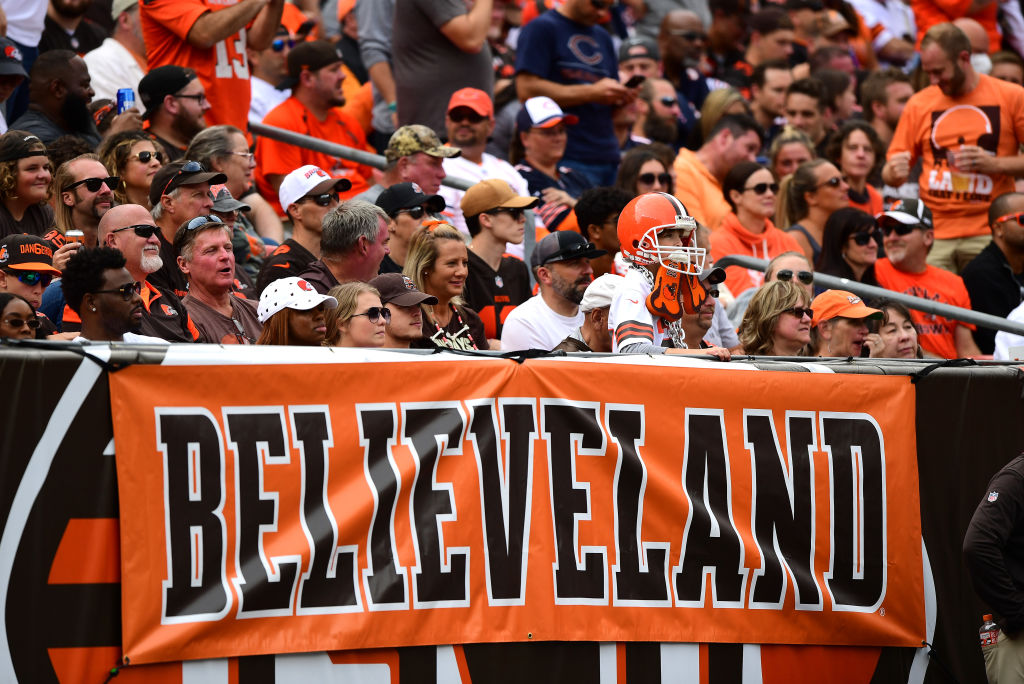 The Cleveland Browns spent $230 million in the offseason signing Deshan Watson but apparently, they don’t have enough money to send their season ticket holders decent gifts.

After missing the playoffs with an 8-9 record LAST SEASON, the Browns decided to raise their season ticket prices earlier this year.

According to a release, tickets for Browns season tickets cost as low as $55 per game, which marks a $5 increase from last season. Meanwhile, more than 40 percent of the team’s non-club and non-premium seats are available for $90 per game or less, including approximately 95 percent of the upper bowl.

The Browns also say that 50 percent of the stadium’s non-club and non-premium locations will increase by no more than $10 per game, including 35 percent that will only be increasing by $5 per game. The team estimates that 80 percent of the upper bowl seating will change by only $5 per game.

To show appreciation for their die-hard fans, the Browns sent out some awful-looking painter’s hats as gifts.

Nothing says “we appreciate you spending thousands of dollars on our team” like cheap hats and a license plate cover for your season ticket member gift🤣 #Browns pic.twitter.com/HYmgHM9oIe

A 237 million dollar, guaranteed contract for a guy who’s not going to see the field this season, another wasted year, and we get a license plate holder and painters hat. Seems logical, and so #Browns like 🤬🤬🤬🤬🤬🤬🤬🤬🤬🤬🤬🤬🤬🤬🤬 pic.twitter.com/BuoTeEU9zN

NFL fans dunked on the Browns over their awful gifts to season ticket holders.

I mean it is basically letting you know what you are in for as a Browns fan for the coming year. https://t.co/s9QPXl7Dp0

Would like to see a ranking of all 32 teams unboxing of season tickets. This is early running for worst. https://t.co/Uh08jTZbIc

Deshaun Watson took all their money man..what did you expect??? 🤣 https://t.co/i9jcLdKusI

They spent all their money on a QB instead. https://t.co/MbnM3ImFeR

This gotta be one of the worst, if not the worst season ticket holder gift box. https://t.co/rKkeXHb9gU