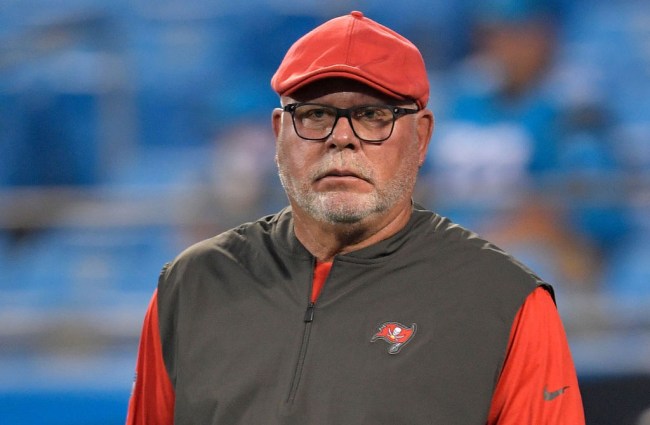 As things currently stand, the only thing that we can say with certainty when it comes to the viability of playing sports in the United States is that there is no certainty about anything whatsoever. I’m not sure if that makes sense or not but I’m gonna stand by it.

With COVID-19 cases on the rise yet again, a once optimistic outlook on the return of sports this fall is becoming more negative with each passing day. The NHL and NBA have both slowly started implementing their return-to-play plans with some success, but the former has reported more positive tests over the past few days and who knows what the hell is going to happen in Orlando in the coming weeks.

Now, as a once distant NFL season gets closer and closer, some people have their doubts about whether or not the league will be able to play this year. As John Harbaugh previously pointed out, the NFL is running a fool’s errand by trying to enact guidelines that fundamentally clash with the nature of the sport, and now, another coach has chimed in with some fairly disconcerting thoughts about the ultimate end game.

About a month ago, Tampa Bay Buccaneers head coach Bruce Arians floated the idea of keeping a third-string quarterback physically separated from the team if his first two options both tested positive and had to be quarantined. Now, it appears Arians believes that “if” is going to be a “when” based on what he told The Tampa Bay Times earlier this week,  saying, “We’ve got to be careful. The players, they’re going to all get sick, that’s for sure. It’s just a matter of how sick they get.”

Correct me if I’m wrong, but that doesn’t sound like a very uplifting assessment. While it’s more feasible for a league like the NBA to isolate the entire league and play in a centralized facility, that’s not as feasible or the NFL given team size, the availability to the necessary facilities, and plenty of other logistical hurdles.

I’m going to keep telling myself football is happening this year because I need some hope in my life, but with each day that passes, I feel like I’m lying to myself a little more.