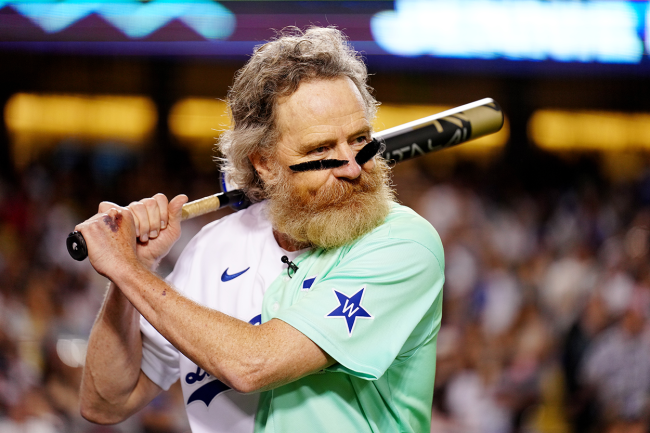 Bryan Cranston is an acting legend, but he could definitely have a career as a baseball play-by-play announcer if he wanted to change things up. The 66-year-old was in Albuquerque over the weekend and took the time to show off his skills.

Cranston, who was in town with Aaron Paul for a statue reveal at the Albuquerque Convention Center, made time to swing by the local minor league game. The Isotopes, who are the Triple-A affiliate for the Colorado Rockies, were right in the middle of a home stand and recently held a silent auction with the Breaking Bad stars.

After addressing the fans prior to the game, Cranston made his way up to the broadcast booth. What was likely supposed to be a half inning drop-in turned into a nearly 30-minute affair with two pitching changes.

But Cranston didn’t seem to mind at all. He was having a blast alongside Isotopes play-by-play announcer Josh Suchon.

While on the air, Cranston spoke about a lot of different things. He talked about his upcoming appearances in ‘Better Call Saul,’ and the impact ‘Breaking Bad’ had on the city. He also did his best baseball announcer impression, and flexed his knowledge of the sport in the process. Cranston shared his favorite players as a child, and even went into detail about the new “shift” rules that are being implemented on the Major League level.

Cranston is a pro. Not only did the Emmy-winning actor seamlessly fit into the broadcast, but he made a super slow sixth inning one of the most enjoyable.

Take a listen, it’s worth the time: