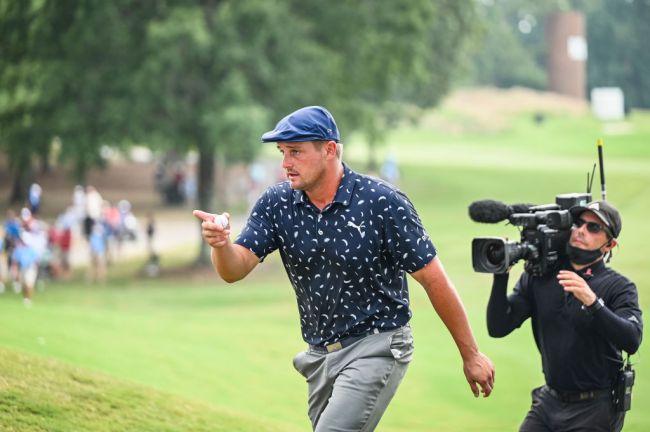 Bryson DeChambeau is the biggest dork on the PGA Tour. He is on a quest to turn the sport on its head, leaving a trail of numbers and algorithms behind him.

The 27-year-old golfer graduated from Southern Methodist University with a degree in Physics, so he is no slouch. Along the way, DeChambeau has studied the physics and geometry of the golf swing to a significant extent. His studies led to a unique approach to hitting the ball with a somewhat unorthodox golf swing.

For DeChambeau, all of his irons are the same length. That allows him to use essentially the same swing every time, in theory improving consistency.

He also takes every opportunity to incorporate technology into his play and put on a lot of weight during the 2020 COVID-delayed season in an effort to increase his distance off of the tee. He used a mathematically-calculated diet to get bigger and stronger, quickly.

All of this goes to say that DeChambeau is quite the academic. Thus, when a fan asked him for scholarly advice at a recent tournament, DeChambeau jumped at the chance. His response was as dorky as you expect.

The fan, who is off camera, asked DeChambeau for any tips on taking the ACT college admissions test. DeChambeau replies by saying “I didn’t even do that well” before saying that he got a 30.

He went on to give some sound advice about the test, but his initial reply produced a giant eye roll.