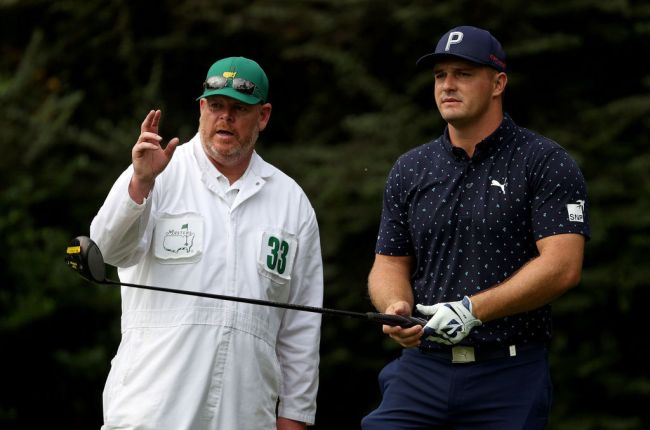 The split between Bryson DeChambeau and his now-former caddie Tim Tucker was abrupt and came out of nowhere. The two decided to call it quits less than 24 hours prior to the start of the Rocket Mortgage Classic earlier this month and while it was reported that the split was mutual, the timing of it all painted a different story.

Tucker, who was on the bag for all eight of DeChambeau’s PGA Tour wins including his 2020 U.S. Open victory, recently joined GOLF’s Subpar podcast to give his perspective on the situation. He put some of the blame on him referring to how the whole thing went down as a “mistake.”

“I made a big mistake with my timing with it, it shouldn’t have happened that way, we should have finished out the week,” Tucker explained. “I didn’t mean to put that pressure on him, I’m sure he had a lot of pressure that week to play in the Rocket Mortgage. I regret how that all went down.”

Based on that quote, it certainly sounds like Tucker quit as DeChambeau’s caddie, which co-host Colt Knost points out, but Tucker explained that that wasn’t necessarily the case.

“I wouldn’t say [it was my decision], it was a combination,” Tucker said. “The thing I’ll say is that I have been very fortunate to caddie for this guy. He is one of the hardest workers I’ve ever seen and sacrifices everything for this game.”

Tucker went on to explain that he has talked to DeChambeau since they parted ways and that they even talked prior to The Open a couple of weeks ago.

“There is no animosity between Bryson and I at all, I owe him a lot and I’m very thankful I got to be around and watch that greatness,” Tucker explained.

DeChambeau missed the cut at the Rocket Mortgage Classic and finished T-33 at The Open.