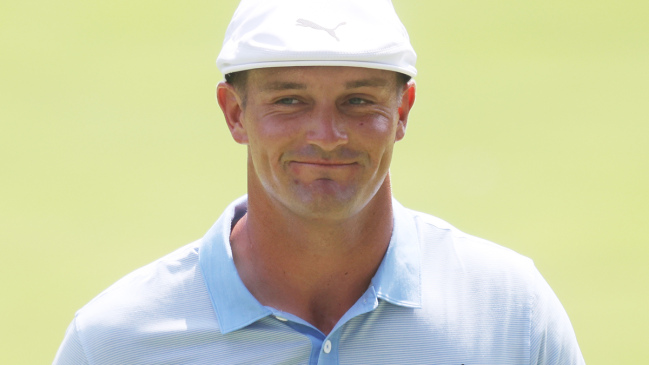 There were plenty of people out there who spent a few months hunkering down in 2020 and reemerged packing a few (or, in some cases, many) more pounds than they’d had on their frame when the world basically shut down.

That includes Bryson DeChambeau, the fairly divisive pro golfer who’d announced his plans to bulk up after the 2019 PGA Tour season came to an end.

While most people who gained weight the following year can probably credit a diet consisting of a bit too much booze and comfort food, DeChambeau was a bit more deliberate when it came to his approach to bulking up; he’d already been hitting the gym prior to the start of the pandemic, and he managed to ascend to “Absolute Unit” territory by the time he showed off his new physique at a tournament at the start of the summer.

The man who was dubbed the “Incredible Bulk” for fairly obvious reasons attempted to turn the golf world on its head by harnessing his new muscle to add some absurd distance to his drives and routinely try some wild shots that almost none of his peers could even fathom attempting in the first place.

However, his bold new approach didn’t exactly translate to success on the course, and he announced his plan to start slimming down in 2021.

DeChambeau—who made the leap to LIV Golf earlier this year—is no longer the beast he once was, and he addressed his most recent transformation during a conversation on the 5 Clubs podcast where he shed some light on his decision to slim down and the approach he took to revert back to a more normal form.

The man who was at one point sucking down six protein shakes per day admitted the diet he was relying on eventually caught up to him, and he eventually had to make a change after reaching a point where he could no longer ignore the impact it was having on his body, saying:

I ate things that were not great for my system that I was very sensitive to and ultimately it got to the point where it was a little bit too much.

I ate improperly for almost a year and a half and I was starting to feel weird, my gut was all messed up and so I went completely healthy and went on a Whole-30 diet, got a nutritionist. I was super-inflamed.”

It’s hard to blame him, but it’s also hard not to mourn the end of a very entertaining era.