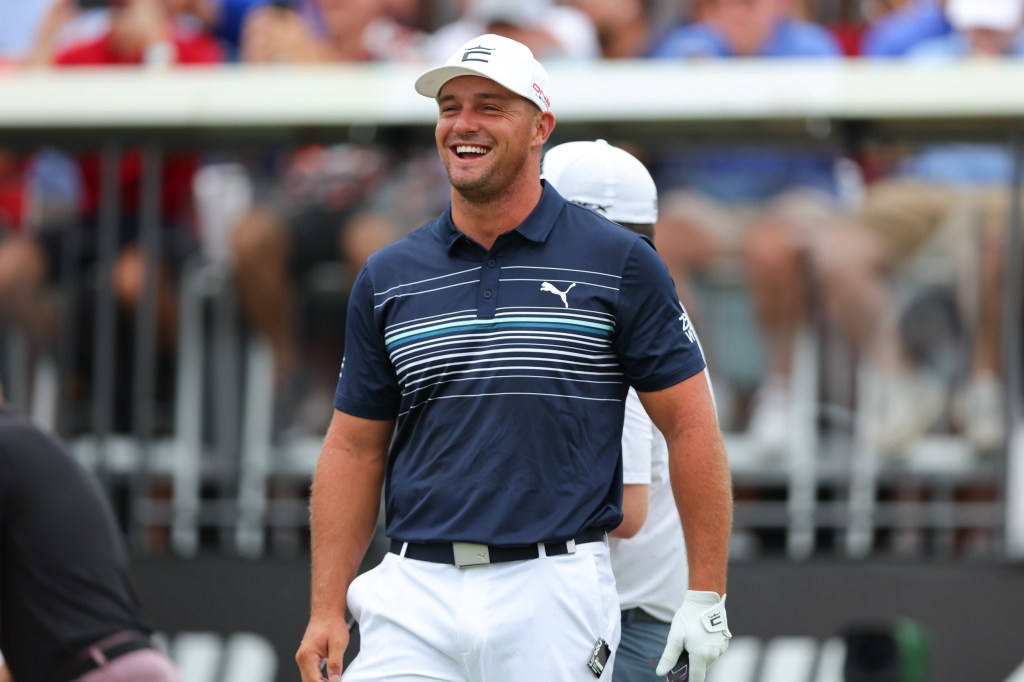 The LIV Golf Invitational swings through the Windy City this week. LIV Golf players will be teeing it up at Rich Harvest Farms in Chicago from September 16-18, the tour’s 5th event in its inaugural season.

Ahead of the Friday tee-off, LIV superstar Bryson DeChambeau was at Guaranteed Rate Field to throw out the ceremonial first pitch before a Chicago White Sox game. The White Sox were hosting the Colorado Rockies on Tuesday and won 4-2 thanks to a 3-run first inning that the Rockies were never able to recover from.

Bryson DeChambeau had previously thrown out a ceremonial first pitch at Yankee Stadium back in 2018. People joked at the time that Bryson probably spent an inordinate amount of time preparing for that first pitch. And based on his natural pitching motion, I definitely think he put in some reps ahead of his Chicago White Sox appearance.

Here is a video of Bryson’s first pitch along with some photos below:

No official word on the ball speed. pic.twitter.com/Y41Fye4InB

Bryson appeared to be welcomed with open arms by Chicago White Sox fans on Tuesday:

Waiting to hear Bryson claim to have thrown the ceremonial pitch 110 MPH; revolutionized professional baseball and plans to show up at Spring Training in February.

Bryson’s Pitch Had NOTHING On Fellow Golfer John Daly

John Daly’s had a hot month so far. He made an appearance at a St. Louis Cardinals game and threw out the ceremonial first pitch, delivering an absolute LASER to the catcher:

If you’ve ever tried to swing like Bryson DeChambeau, you’re not alone.

Here’s Francis Ellis from a few years back here at BroBible attempting to play a round while swinging like Bryson:

Bryson threw out a great ceremonial first pitch and was welcomed by fans, but his pitch had nothing on Daly’s. That said, it was a LOT better than his awkward fist bump with Donald Trump:

Bryson DeChambeau's getting roasted for his awkward high five-fistbump-handshake with Donald Trump during the #LIVGolf pro-am https://t.co/Fav7y6ywEb