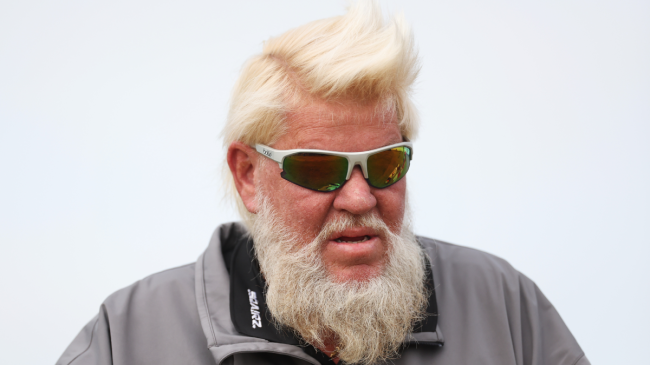 John Daly continues to show his athletic abilities on and off the golf course. We all know what he can do on the links. Look no further than this viral video showing the big man blasting golf balls over a busy highway… while barefoot, of course.

He’s had a fantastic career on the PGA Tour, and while he still hasn’t landed that elusive invitation to LIV Golf, he has certainly shown off his talents more times than not.

But what’s made him even more loveable over the last few years has been his time spent with the media. Sure, the beer and cigarettes help, too, and he won’t let the TV cameras stop him from having a good time.

But on Wednesday, he put that athletic skill and media presence together, throwing out the first pitch, fittingly, in Busch Stadium. And he didn’t disappoint.

John Daly threw out the first pitch ahead of the Cardinals vs. Nationals game, and he’s got an arm. Check it out.

More impressively, he gave the no-look quick pitch, in flip flops no less. It’s not the first time the Cardinals have asked him to throw out an opening pitch, though it is a bit surprising to see him invited back after chucking the last one into the stands.

This time around, he wasn’t missing the strike zone. Like it or not, this is what PEAK physical performance looks like.