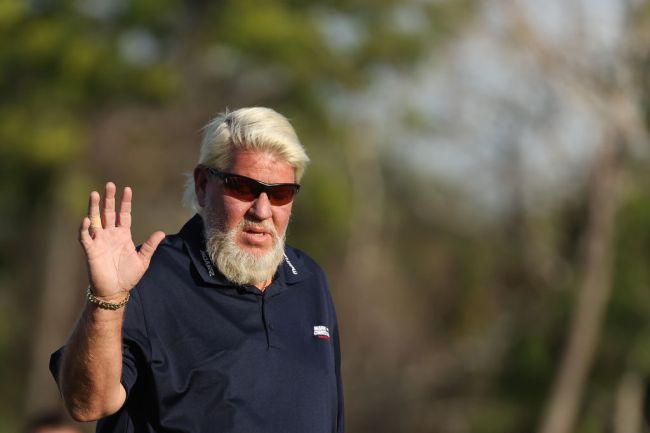 John Daly is one of those rare guys where everything he does is just cool. Forget about his style on the course and what he can do with a golf club in his hand, this is a guy that could make going to the dentist look cool. With that being said, his first pitch at the St. Louis Cardinals game on Wednesday night was great, and also genius.

Daly goes about his business differently, so instead of trying to throw a strike with his ceremonial first pitch, he just chucked his ball into the stands. This eliminates the chances of him throwing a terrible first pitch and getting roasted for it over the next couple days, plus a fan gets to take home the ball.

Big John is playing chess, the rest of these ceremonial pitch scrubs are playing checkers.

First pitch like you haven't seen before. ⚾️😂@PGA_JohnDaly at the @Cardinals game. pic.twitter.com/zW6NmtrKzH

Daly was in St. Louis on Wednesday night ahead of the PGA Tour Champions Ascension Charity Classic just outside the city at Norwood Hills Country Club. He’s had a pretty solid season out on the senior tour earning just shy of $430,000 in 24 events.

Related: John Daly Once Had A Stroke At Pat Perez’s House Only To Leave The Hospital 6 Hours Later And Start Drinking Again