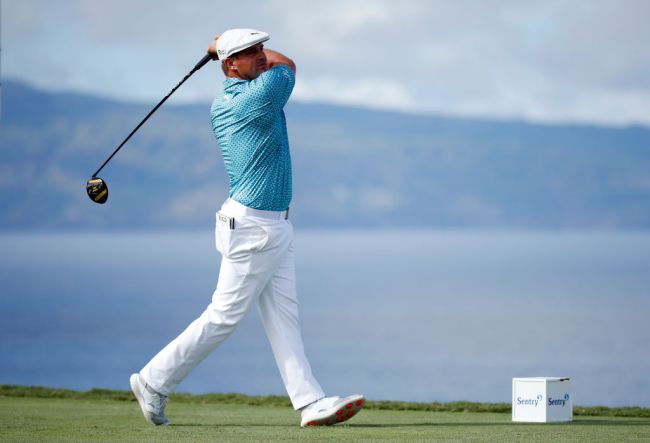 Golf’s longest driver is back in the lab working. Bryson DeChambeau has been on a quest to change the way that the game is played since he first got on tour, using metrics and science to tailor every angle, approach and contact point. He amped up those efforts in the COVID-19 extended break and decided to beef up his training efforts. DeChambeau catered his workout program toward strength, ball speed and distance with a driver.

The decision has paid off thus far and he drove the 12th hole at Kapalua in Hawaii — a 431-yard par 4 — two weeks ago. DeChambeau’s shot was so absurd that he hit into the group in front of him, which hadn’t finished up as the ball rolled onto the green.

Even with the recent success, the 27-year-old isn’t satisfied and continues to push his body to the extreme in pursuit of hitting massive bombs. The biggest emphasis he has placed in his training has been his ball speed, with goals of reaching 220mph off of the tee. He is getting awfully close and crossed the 210mph threshold in a lab on Thursday.

A few swings later, DeChambeau reached a personal best 217mph. The number puts him almost 25mph over what he was doing at the U.S. Open at Winged Foot. Insanity.

While he has yet to translate his massive ball speed numbers to active competition, his goal remains distance. He believes that there is no way to combat distance with a golf course or pin placement.

It may be difficult to contest his huge drives, but there would be no issue stopping his jump shot. He put it on display in the “Living Room Lab” and it’s horrendous. It went in, but it’s ugly.

DeChambeau is next scheduled to compete in the Saudi International in early February.