Bryson DeChambeau Shares Mind-Blowing Video Of His Golf Ball At Impact At 35,000 Frames Per Second 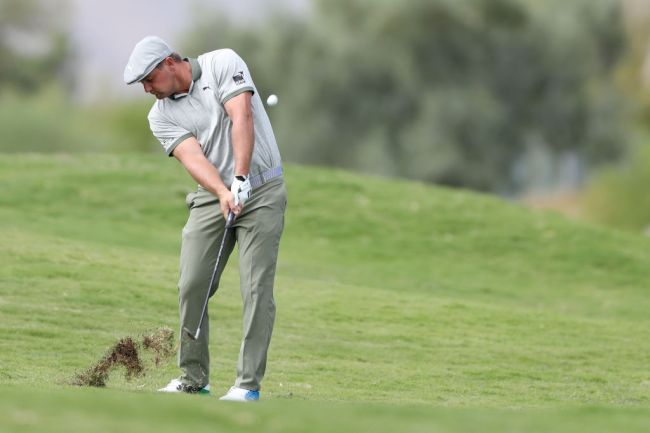 Bryson DeChambeau mashes the golf ball, we all know this. He’s the longest hitter on the PGA Tour after picking up insane amounts of swing and ball speed after lifting and eating practically everything in sight putting on 35+ pounds over the last year or so.

We also know, thanks to him filling us in on his latest experiment, he’s searching for even more ball speed ahead of next month’s Masters. In order to accomplish that, he explained that he’s looking to put on about 10 more pounds before making the trip to Augusta National and he’s also testing out a 48-inch driver.

He’s already changing the game with his body transformation and new-found distance but adding a driver that’s three inches longer than a standard big stick could send shockwaves through the golf world. DeChambeau said he’d like to debut his new long driver at Augusta and in order to get it tuned in he’ll be hitting upwards of 2,000 drives during his month break leading into the Masters.

It seems DeChambeau has started his Masters’ prep and gave us a glimpse into what that looks like. He shared a video on Instagram from a high-speed Phantom camera capturing his golf ball at impact at 35,000 frames per second.

DeChambeau has been busy on Instagram as of late. Prior to sharing this particular video, he showed off his private jet, Bentley whipping lifestyle in a video with the caption ‘the journey for 215 MPH.’

It’s going to be appointment television in a few weeks when DeChambeau tees it up at Augusta National.