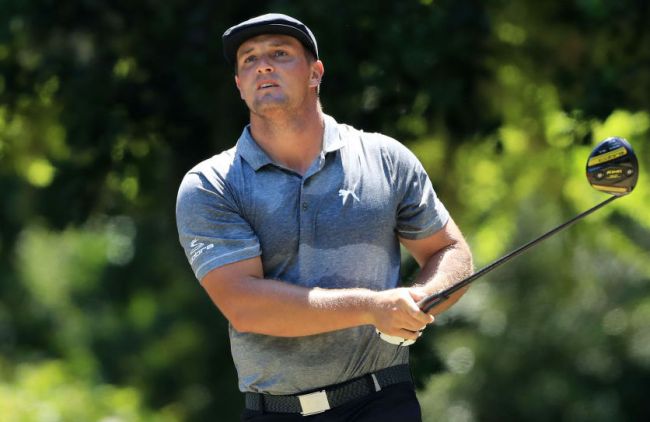 The USGA and R&A recently announced their latest plans to address the ‘distance issue’ in golf and it’s clear they had Bryson DeChambeau in mind when coming up with three specific proposed changes.

Limiting the maximum driver length shaft from 48 inches to 46 inches, tweaks to how drivers and their spring-like effect, and the revised conditions of golf balls are tested for overall distance were the three key changes golf’s governing bodies proposed. DeChambeau is the longest hitter on the PGA Tour and has teased the idea of putting a 48-inch driver in the bag to find even more distance off the tee.

It’s obvious DeChambeau’s overpowering dominance of Winged Foot to win the 2020 U.S. Open has forced the rule-makers of the game to address the distance issue at the highest level.

DeChambeau was asked about the proposed changes during a media session ahead of this week’s Saudi International and explained that he was ‘flattered’ that he may have had something to do with the changing of the game.

“I’m not worried about it. I’m going to do what that they say is legal and I’ll just go from there and find the best way to play for me under the rules of golf,” DeChambeau said, according to Golf Digest. “There’s no issues. I’m sure there’s a lot of excitement about me having a potentially controversial thought on it, but I don’t. I think it’s a really cool thought process.

It’s a little flattering in a sense, because I did talk about that 48-inch driver for so long. But it just didn’t work for me the way I wanted it to. As it’s played out, I think it’s really cool to see that there is some change off of the conversations that I’ve had.”

DeChambeau also made a valid point that the equipment manufacturers out there likely aren’t going to be too pleased if these proposed changes are actually adopted.

“It’s going to cost them a lot of money to change a lot of the product that they have already put into work. But I don’t know what the future holds. I’m not in position to say other than I don’t think they will be happy about it by any stretch of the imagination.”

The driver length proposal would be a “model local rule” so some courses and tournaments could enforce the rule while others may not, and it would only be at the professional and elite amateur level. There isn’t a specific timeline of any of the new proposed changes possibly being implemented if they are indeed adopted, but a rollback on distance has been on the brain of golf for quite some time, some sort of change seems inevitable at this point, now the question becomes ‘when?’