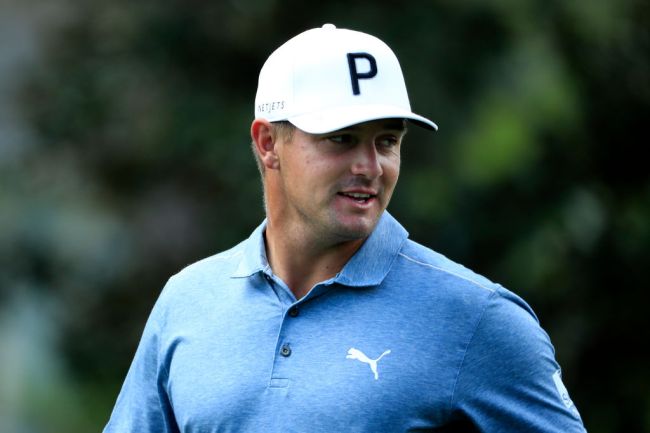 In case you haven’t seen videos of him launching golf balls into orbit,  Kyle Berkshire is the world’s No. 1 ranked long drive competitor. He went to the University of North Texas and played on the golf team there before becoming a competitor on the World Long Drive Tour. I think it is safe to say that Berkshire may hit one of the furthest golf balls on the planet. His long ball ability has gathered interest from the PGA Tour’s very own Bryson DeChambeau as the two recently linked up to working out and hit some missiles together.

The vlog below from GM__golf really kicks into gear when both Berkshire and DeChambeau start taking swings on Bryson’s in-home golf simulator.

Dechambeau is instantly in awe of Berkshire’s outgoing ball speed which has been a crucial part to his late PGA Tour takeover as one of the most captivating players in the game.

Watching Berkshire give the longest driver on Tour lessons on how to hit the ball even further is fascinating. You can tell Dechambeau is eating it all up and completely loses his mind when Berkshire carries an 8-iron 302 yards.

Whether DeChambaeu will continue to train with the long drive champion is up in the air but the thought of someone adding another 15-20 yards to Bryson’s current bomb of a drive could be a PROBLEM for players on Tour.