Bryson DeChambeau Will Tee It Up In A Long-Drive Competition Just 2 Days After The Ryder Cup, Which Is Actually Awesome 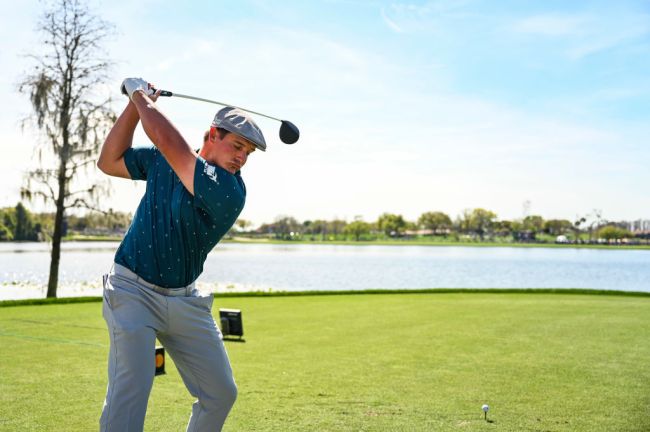 The 27-year-old announced that he has accepted a spot to compete in the Professional Long Drivers Association World Championships that will take place Sept. 28 – Oct. 1 in Mesquite, Nevada. The Ryder Cup, which DeChambeau will be representing the U.S. in, finishes up just two days prior on Sept. 26.

The fact that the competition starts just 48 hours after the Ryder Cup isn’t ideal timing, but I don’t think there’s any doubt that DeChambeau’s main focus will be on representing his country on home soil. He’ll then flip a switch and go into long-drive mode.

As DeChambeau pointed out in his statement on Instagram, this is an amazing opportunity to grow the game, there is no denying that. His involvement in the long-drive competition will get eyes on the sport that otherwise wouldn’t be there. People will want to tune in to see how he does against the longest hitters on the planet.

You could also look at this as DeChambeau putting his money where his mouth is so to speak. For years now we’ve heard about DeChambeau changing the game of golf with his length, swing speed, and ball speed and now we’ll get to see him take that to a competition against guys that have dedicated their entire careers to swinging a driver. If DeChambeau can show he can hang with those guys while also winning golf tournaments on the PGA Tour we’d be in some pretty unprecedented waters.

Just to compare numbers, DeChambeau averaged 363.1 yards off the tee the last time he teed it up in a PGA Tour event in Nevada. The last time the long-drive championship took place in Nevada, Justin James won the Open Division with a 372-yard drive.