Fans Are Bullying Bryson DeChambeau During Golf Tournaments, But Let’s Not Act Like Some Of This Isn’t Self-Inflicted 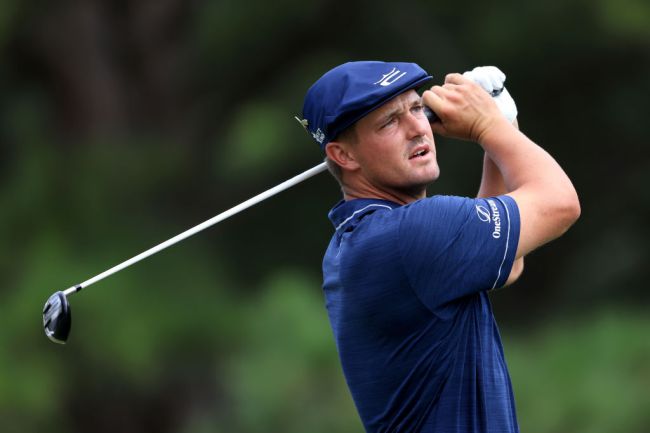 Bryson DeChambeau has had one hell of a summer, which usually isn’t the case for a player of his caliber that’s earned just three Top 10 finishes since The Players in March.

While some would say all press is good press, many would argue that that hasn’t been the case for DeChambeau this summer. He’s been able to create headlines, but the majority of them involve his ongoing feud with Brooks Koepka and back-nine collapses.

Both of those things showed themselves again this weekend at the WGC FedEx St. Jude Invitational.

While Koepka and DeChambeau didn’t take direct shots at one another or get into another spat on social media this week, spectators in Memphis kept that fire going.

Fans were openly – and very loudly – rooting against DeChambeau throughout the week. This isn’t anything new. The 27-year-old has heard anything you can imagine from fans, plus hate here and there comes with the territory, but spectators in Memphis seemed to take things up a notch, and it very clearly got to DeChambeau on Sunday.

When Things Went From Bad To Worse

Making the turn at TPC Southwind during the final round, DeChambeau trailed leader Harris English by two shots. It seemed like a sure thing that one of the two was going to win the golf tournament, but neither did.

DeChambeau made a bogey on the Par 4 10th, which wasn’t ideal, but he was still very much in contention. That changed on the Par 3 11th as he sent his tee shot over the green and into the water, which some fans reacted to with cheers and applause.

It was all unraveling, just like it did during the final round of the U.S. Open earlier in the year where he shot a 44 on the final nine holes after holding the lead at the turn.

DeChambeau’s Sunday only got worse over the final seven holes of the tournament before posting his 41 on the back-nine. Already taking serious stick from fans, it all came to a head standing on the 17th when a woman shouted “Brooksy!” at DeChambeau. It was at least the 10th time a fan was caught calling him by his arch-rivals nickname, but this time DeChambeau responded, by shouting “good one!” back at her.

The collapse at the U.S. Open was one thing, but DeChambeau looked distraught in Memphis. He wanted to be anywhere but there. Not only was he playing badly, but the fans were letting him know it.

DeChambeau was straight-up bullied on Sunday, both by the course and by the fans. What’s turned into relatively light-hearted jokes and a rivalry with Koepka that seemed scripted for social media and TV has undoubtedly affected DeChambeau over the last couple of months.

That much is true, but so is the fact that some of this is DeChambeau’s own fault.

From the moment DeChambeau arrived on Tour, he wanted everyone to know that he was different. He was smarter than you and he was definitely smarter than any other player in the field, you learned this by his lack of self-awareness with some of the comments he’s made.

He then set out to change the game of golf by putting on 60+ pounds of muscle and overpower every golf course he steps foot on. To his credit, he has changed the game, he’s a major champion, and has made $25 million on the PGA Tour alone. Not bad for a 27-year-old, but all of this has brought forth its own group of critics. Agree or disagree with the criticism, but it’s a fact that some golf fans don’t like the guy simply because of the way he operates inside the ropes.

Koepka taking his shot at DeChambeau just added fuel to an already sizable fire. Koepka’s criticisms justified others to criticize him and now it’s turned into a giant DeChambeau hating snowball.

Instead of saying he played bad, he calls out his club sponsor and says “the driver sucks.” He said he “had bad break after bad break happen” when he posted a 44 on the back-nine at the U.S. Open instead of saying something as simple as ‘today wasn’t my day.’ This is a man whose caddie recently called it quits with him just hours before his first-round tee time at the Rocket Mortgage Classic. DeChambeau can act like doesn’t care what fans or the media thinks, but at the end of the day, he’s a human and he does want to be beloved, not villainized.

Every single player that’s found even the slightest taste of success in the game of golf has had some arrogance and cockiness about them, but DeChambeau’s lack of self-awareness and humility is beyond any sort of measurable level.

Should He Squash His Beef With Koepka?

Should DeChambeau and Koepka hash things out? Sure, but it wouldn’t do any good at this point. It’s clear we’re past the point of no return.

Fans aren’t going to magically forgive and forget all that DeChambeau has said and done because he calls a truce with Koepka. That ship has sailed.

DeChambeau has a choice to either lean into this villain role, which based on his reactions this weekend in Memphis, that’s not a wise choice or the choice he seems to want to make. Or, he could start showing a bit more humility when a camera and mic are rolling.