Bubba Watson Says Playing Partners Can Have A Negative Impact On His Game, Some Guys Are A ‘Two-Shot Penalty’ 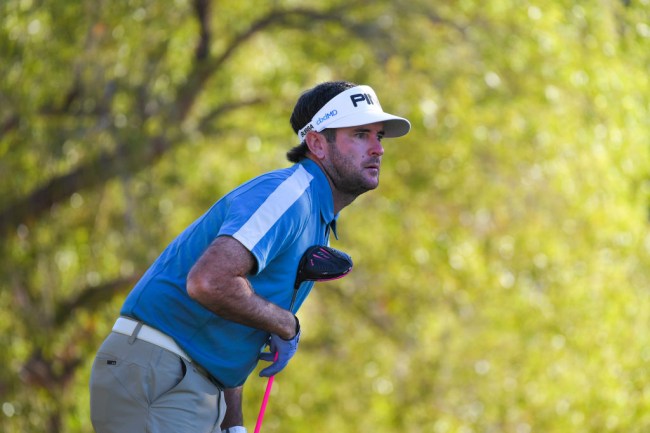 There are many factors that can have a negative impact on your golf game. You have the weather, your equipment, the condition of the course, maybe your wife won’t stop texting you when the hell you’re going to be home exactly 45 minutes into your round.

For Bubba Watson, however, it’s his playing partners that can have an impact on his round. While there’s no denying that some players on Tour are slower than others when it comes to pace of play and some people gravitate toward other personalities over others, the two-time Masters champ revealed it can affect the numbers on his scorecard.

During his Tuesday press conference at the Travelers Championship, Watson was asked the interesting question of whether or not who he plays with has an impact on his game. Asking the reporter whether he wanted the “PC answer” or the truthful one, Watson went the truthful route.

“Yes, it matters tremendously. There’s guys that are a shot, maybe a two-shot penalty when you see their name on that sheet,” Watson said according to Golf Digest. “Maybe that’s what they say about me, too, so I guess it works both ways. I like to have fun and be energetic. You know, when you see a certain name, you know you can joke around, you know you can have fun and kind of get away from the stress and not talking and just walking down the fairway.

“Playing with Mickelson, all I wanted to do was outdrive him, just to make him know that I’m here. And then Tiger Woods, you’re trying to learn from,”

On the one hand, you could argue that who you’re playing with shouldn’t affect your game, but on the other hand you’re spending four-plus hours with this person that may get under your skin one way or another. You can certainly look at Watson’s opinion here two different ways.