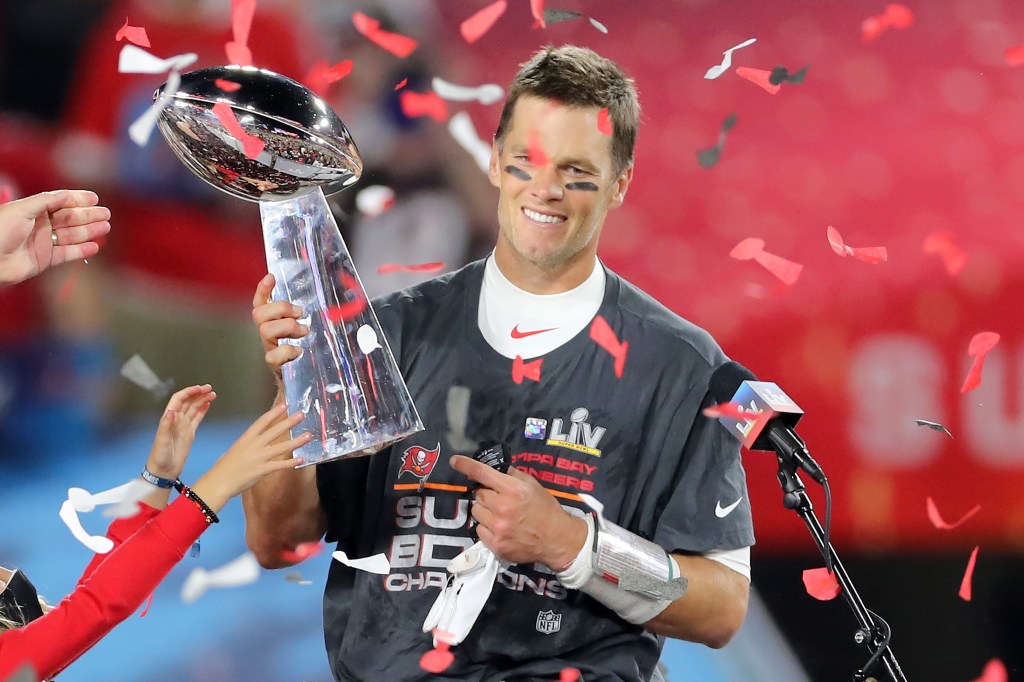 Reigning Super Bowl MVP and Tampa Bay Buccaneers quarterback Tom Brady is under contract with the Bucs for another season. Honestly, I need to pause for a moment to reflect on that sentence because it’s still so hard to believe. If you went back in time two years and told me this would happen in the future I would’ve bet the farm you were wrong.

So, Tom Brady‘s set to get paid $25 million next season (same as last season) with the chance to earn an additional $3,375,000 on bonuses. He had the same bonus structure last season and had no problem earning that extra $3.375 million. After the 2021-2022 season, Tom Brady will become an unrestricted free agent for just the second time in his career.

The question looms of what Tom Brady will do next. He could explore free agency and move to a new team, sign an extension with the Tampa Bay Buccaneers, or he could retire because he’s already 43-years-old before next season.

Tampa Bay Buccaneers GM Jason Licht was a guest on The Rich Eisen Show this week and was asked about Tom’s future with the organization. Here’s what he had to say, via Spun, with a clip below the text:

“It’s a possibility, he certainly didn’t look like he slowed down any this year.

It appears he had a really good time this year winning the Super Bowl and likes our organization. Likes our coaches, likes our head coach and ownership and we certainly love him. Usually when you have those two things going for you, it’s a match made in heaven. So we’d like to keep this going.” (via The Spun)

Couldn’t talk to #GoBucs GM Jason Licht without asking him directly if he’s already working on a contract extension for @TomBrady:#NFL pic.twitter.com/e2n9jEVdKb

Tom’s 2021 Roster Bonus of $10,000,000 is fully guaranteed and will be paid on 3/21/2021. His incentive package includes bonuses for passer rating, touchdowns, passing yards, completion %, and yards per attempt. He also gets bonused out on making the playoffs, Wild Card win, NFC Championship appearance, Super Bowl appearance, and Super Bowl win.

As a Tampa Bay Buccaneers fan who watched Tom Brady in action as much as anyone this season, I can say with confidence that Tom looks very happy in the Sunshine State. My guess is as good as anyone’s on whether or not Tom will sign an extension with the Bucs in 2022, retire, or go to another team but he certainly seems comfortable in Tampa Bay.