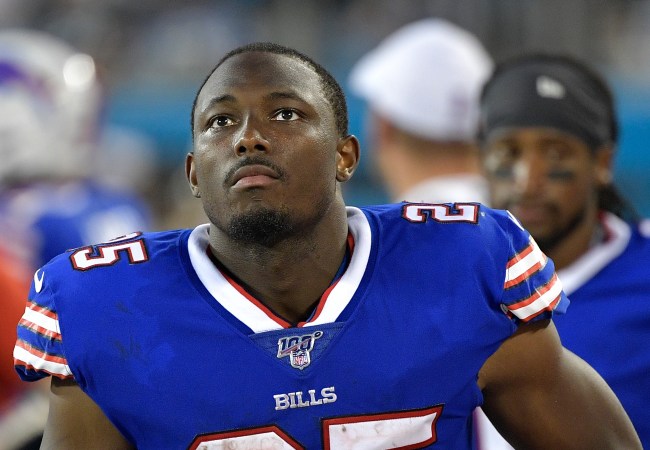 The Buffalo Bills made a surprise move this morning that caught everyone off guard.

According to ESPN’s Adam Schefter, the Bills surprisingly decided to cut running back LeSean McCoy.

Apparently, rookie Devin Singletary impressed the team so much that they decided to cut ties with McCoy.

Source: The #Bills are releasing star RB LeSean McCoy. A surprise, considering they have been outspoken about keeping him.

Per a source with knowledge of the situation, the release of McCoy came “out of left field,” with no attempt by the team to get him to take less money.

McCoy was due to earn $6.175 million in 2019, the final year of his contract with the Bills. And the possibility of McCoy being released has been on the radar screen, especially once rookie Devin Singletary began getting first-team reps in practice.

Just a few weeks ago, the Bills were adamant about keeping McCoy as the starter/

After the drafting Devin Singletary, Beane said this on LeSean McCoy: "LeSean McCoy is still here. Before you ask that question, he's still the starter. We roll the ball out, there's no questions about that."

It always felt like the Bills were handling public comments about McCoy differently than other players. Perhaps it was to create trade value. Maybe they didn't want to bruise McCoy's ego publicly and possibly create issues in the room.

The one time LeSean McCoy spoke during camp, he said this: "“I’m the guy. That’s what I’ve been told and that’s my everyday approach.”