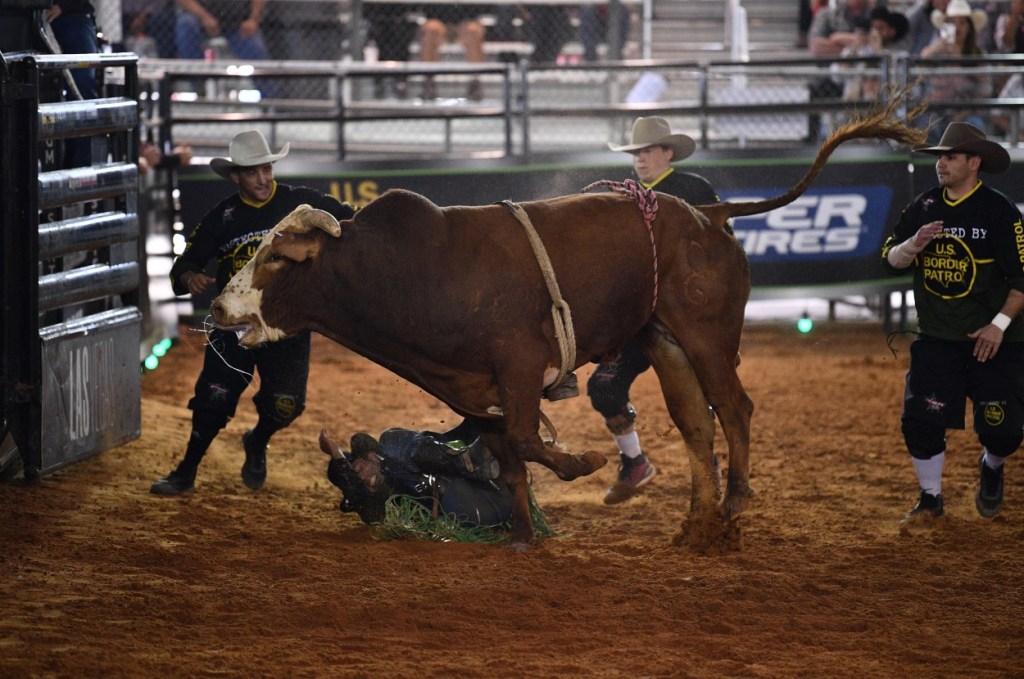 There was a viral quote floating around this week from NCAA President Mark Emmert’s claim that being a university president is the hardest job in America. Emmert rightfully got roasted alive for that awful take about jobs because anyone with a brain can think of a lot of jobs that are harder, and that’s not to say that being a university president isn’t hard, it’s just not the hardest by a mile.

P.s., that picture above is J.B. Mauney riding a bull but it’s not the moment from the incident below. It’s just the one I found on Getty Images.

In order to define the ‘hardest job,’ we’d have to first define what ‘hard’ means and that can be tricky. Are we talking about the mental toll on the brain, the physical toll on the body, the crippling weight of responsibility for others, education and training that goes into it, a million other things, or all of the above?

It also takes a very special person to strap onto the back of a bull and ride it for 8 seconds. You have to be a mad man knowing that this could happen on any given day. Here’s the scary moment at the National Finals Rodeo in Las Vegas last weekend when JB Mauney was knocked unconscious and battered by the bull before being rescued. Here are two angles of the footage, one from a fan’s phone and one from the TV feed.

Two Angles Of JB Mauney Knocked Out Riding A Bull

It’s truly incredible that he was able to get up and walk away from that. My head might’ve flown off into the crowd. Here’s JB when he’s not getting knocked out by a bull:

Despite that horrifying accident that resulted in lacerations on his face, JB Mauney is still in the mix. After the 6th Round, Mauney was 10th in the world standings (with $146,466 in earnings), 13th in average leaders (average points), and in a tie for 9th after the 6th round.