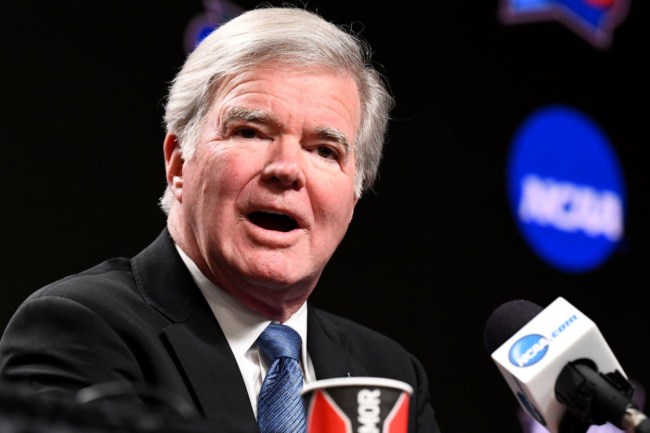 When you stop and think about the hardest jobs in America your mind probably goes toward a firefighter, police officer, healthcare worker, or farmer. According to Mark Emmert, being the president of a university is actually the hardest job in the United States.

Emmert actually said that, out loud.

NCAA president Mark Emmert: “Being a university president is the hardest job in America"

First and foremost, the average salary for university presidents in the United States is $86,574. The keyword there is average, plenty of university presidents make well over six figures, some make closer to seven in salary alone. Drew Gilpin Faust, previously the president of Harvard, had a base pay of $987,027.

There are certainly a lot of moving parts, you have to kiss some tail when it comes to boosters, and you always have to be on, but at the end of the day being a university president is a pretty cushy job.

Emmert is obviously going to bat for all the university presidents out there, which you can’t necessarily blame him for, but that doesn’t mean he shouldn’t receive some criticism for his statement. University presidents have had to deal with a lot throughout the pandemic, but nothing compared to actual essential workers, of course.

I always have ranked them as follows

Mark Emmert is the best because 99.9% of the time you forget he exists then he pops up to remind you the worst person ever walks among us https://t.co/hJvzh8v55X

with the exception of every other job in America, the man is right. https://t.co/04UMu0PPuz