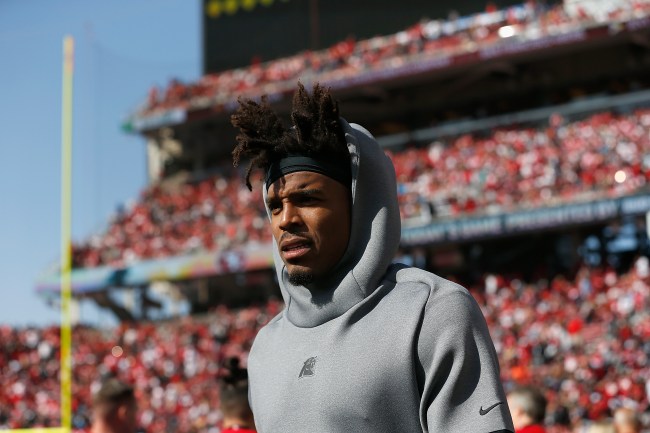 When Cam Newton signed a contract with the New England Patriots a couple weeks ago, it sent shockwaves through the entire league. Here was a former league MVP and, arguably, one of the most polarizing quarterbacks in the league being signed to replace an absolute legend in Foxborough, Tom Brady, all because head coach Bill Belichick is an apparent football genius who can maximize talent like no one else can.

Although the jury won’t be out on Newton until the end of the 2020 NFL season, one would imagine that, if he returns to his usual self after a couple years of battling injuries, the former No. 1 overall pick is sure to be successful. And, while every athlete wants to perform at the highest level, the signal-caller has a pretty good reason for playing well, staying on the field and, more importantly, leading the Patriots to a deep playoff run.

The reasons are pretty obvious: Because of major incentives in Cam Newton’s contract that could stretch his overall salary from a base of just $1.5 million all the way to $7.5 million, according to ESPN’s Field Yates, who outlined some of the details on Twitter.

A full breakdown of Cam Newton’s contract with the Patriots, which includes $3.75M in playing-time incentives and a maximum value of $7.5M if the team wins the Super Bowl. pic.twitter.com/TGSVEJ3P0Z

This is absolutely incredible, and shows just how much the three-time Pro Bowler is banking on himself to return to his normal form. Hell, if Newton simply stays healthy enough to play 90 percent of snaps during the regular season and lead New England to the playoffs — which shouldn’t be a tall task — he’ll earn an additional $2.25 million from his current base salary. If he overachieves and hits a bunch of those other incentives, he’ll happily walk away with even more money; so the chance is there for him to cash in.

Remember, after Cam signed with New England, outspoken cornerback Richard Sherman slammed the rest of the league for the prolific quarterback making so little. Here’s a refresher on what Sherman ranted about on Twitter.

How many former League MVPs have had to sign for the min? (Asking for a friend.) just ridiculous. A transcendent talent and less talented QBs are getting 15/16m a year. Disgusting https://t.co/eZycGL8qkZ

While Cam Newton probably deserved better than a mere one-year deal worth just $1.5 million, coming off a few injuries, he needs to prove he’s still the same top-tier quarterback he’s always been. New England is a perfect opportunity for him to do that, and, assuming he comes back strong, he’ll set himself up nicely with a big payday both in the short-term because of incentives on this Pats deal, and the long-term with a future deal — so he’s got plenty of added motivation for next season.