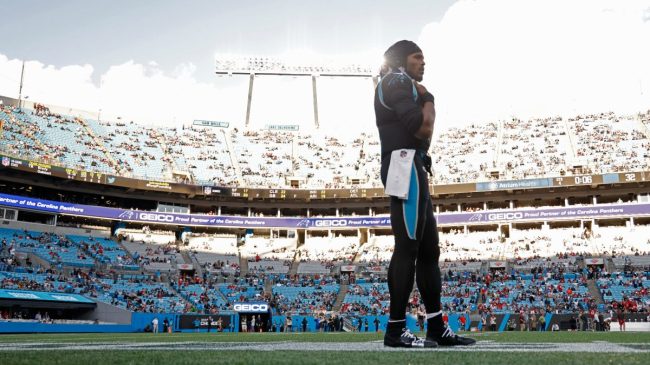 The quarterback joined the Pivot Podcast to talk about last season with the Panthers, as well as his desire to continue his NFL career. For those who may have forgotten, Newton played in just eight games last year after joining the Carolina roster midway through the year.

He started five of those contests, passing for 684 yards while tossing four scores and five picks. The athletic signal caller also ran for 230 yards and five touchdowns. Unfortunately, the return to Carolina didn’t unfold as he’d hoped.

The Panthers lost all five of the games he started on their way to a 5-12 overall record. The passer wasn’t brought back following his one-year deal with the team though he still believes he can compete at the highest level.

The former Heisman winner reflected on that subpar season in Carolina, saying that he put himself in a “f-d up situation” that limited his production on the field.

Cam was thrown into the fire a bit too soon, having to make a start just a week and a half after his midyear signing. He didn’t know the playbook and struggled to settle into the offense.

Newton’s not letting it hold him back from making another run at the NFL, though.

Cam Newton still has a desire to play in the NFL

Newton still wants to be a professional quarterback, and he’s adamant in his belief that there are not 32 passers better than him in the league.

Let’s Debate! Cam challenges Channing on him vs the bottom 5 QBs in the league👀

“Let’s debate. At the end of the day… if you think that I couldn’t be on somebody’s team right now, you’re a damn fool.”

Co-host Channing Crowder pushed back, questioning the thought that he can start for an NFL team and make them a playoff contender. He says that he “can’t accept” Newton being one of the best quarterbacks in the world at 33 years old.

Newton disagrees and thinks there’s still more left in the tank. He just needs to find the right opportunity. We’ll see if that chance comes or if his NFL career is all but through.