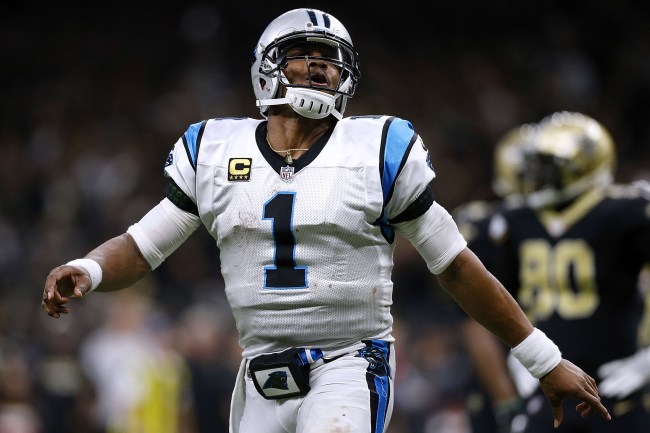 If I were a betting man, which I very much am, I’d probably take Cam Newton in a fight to the death against a spaghetti-armed high schooler. Controversial opinion, I know.

That scenario almost went down (ok, probably not but for the sake of drama bear with me) at the Carolina Panthers minicap when a teenage fan said he would ‘fade’ the 29-year-old athletic specimen.

The youth probably thought that Cam would let the slight pass, but instead he made the poor kid poop his pants.

Pretty funny exchange that got some good reactions from peeps around the web.

You know it’s pressure when somebody make this face. pic.twitter.com/UDjgerAllY

Oh, bring me back real football so I don’t have to blog about Cam Newton almost sucker punching a kid who still plays with Beanie Babies.