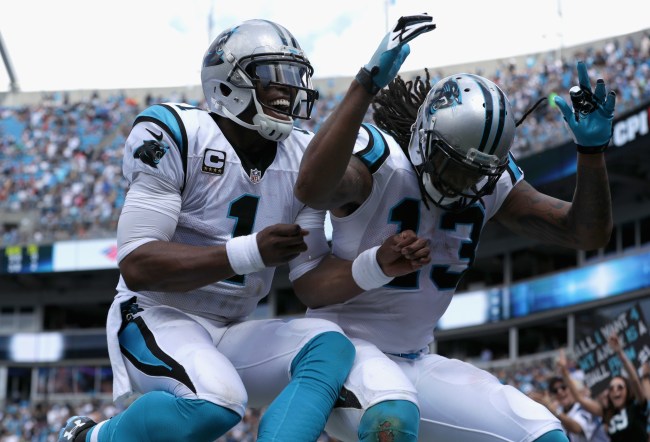 Last week, Kelvin Benjamin threw sports media some juicy red meat when he threw shade at his former teammate Cam Newton, saying he would have been better off playing with “any other quarterback” and calling into question Newton’s accuracy and knowledge of the game.

The comments prompted Cam to confront Benjamin during the Panthers-Bills preseason game last week by extending him a facetious handshake, which Benjamin refused.

It certainly feels like there is more depth to this beef than the two never being able to match up their individual success to help the team. Benjamin could still be salty that during Cam’s MVP season in 2015, when he threw 35 touchdowns, won his team a franchise-record 15 games, and went to the Super Bowl, Benjamin was placed on injured reserve the entire year with a torn ACL.

Whatever the case may be, the two despise each other. Just yesterday, Cam seemed to subtly suggest that his former teammate is two-faced, using a wall as his muse.

A little #MondayMotivation with a twist from Cam pic.twitter.com/CmTSRGPn1m

Am I looking into this too much? Was he just talking about a goddamn wall? Do I desperately need football to start so I’m not speculating every move off the field? I guess you could say so.