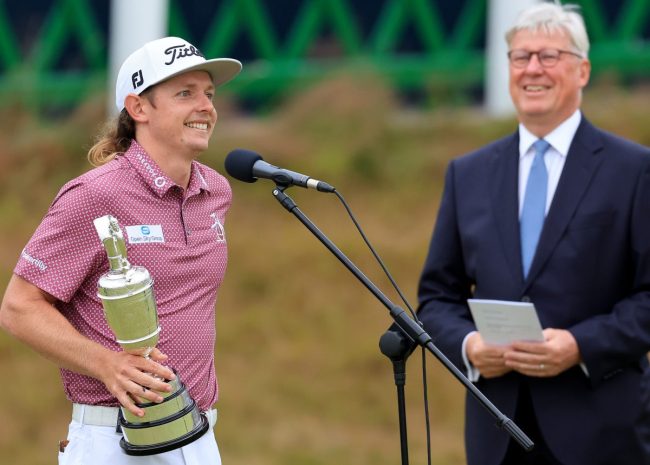 Australian Cam Smith is signing a deal with LIV Golf. The No. 2 ranked golfer in the world will leave the PGA Tour for a reported nine-figure agreement with the Saudi-backed league.

Rumors of Smith defecting from the PGA have been prevalent since his winning the British Open in July. Those rumors grew legs after a non-committal response on his future, combined with multiple reports that the talented golfer was all but gone.

Now, Telegraph reports that Smith has signed a deal to play on the LIV Tour worth $100 million.

When looking at his past PGA Tour earnings, it’s hard to blame him. The new contract is worth nearly four times his career winnings on the PGA.

Smith, the second-ranked golfer in the world rankings, made a total of $27.2 million playing after playing in 184 PGA events. He will now secure a cool $100 million before even swinging a golf club in the LIV.

The money being thrown at these players is absolutely ridiculous, and until the PGA can do something to entice players to stay, we’ll continue to see golfers walk.

Sure, banning players from the PGA and deducting world rankings may cause slight hesitation, but cash is king. When players can quickly increase their worth to the extent that LIV offers, it’s a no-brainer. That’s why so many notable names have joined the upstart league.

Smith has reached the pinnacle of PGA success, landing a No. 2 ranking. He’s competed at the highest level of the sport, having posted a handful of top-five PGA Major finishes (including that British Open win).

Now, he can go make boatloads of money at a new opportunity. And he’ll now get it without having that pressure to stay atop the standings.

Another huge blow for the PGA Tour.