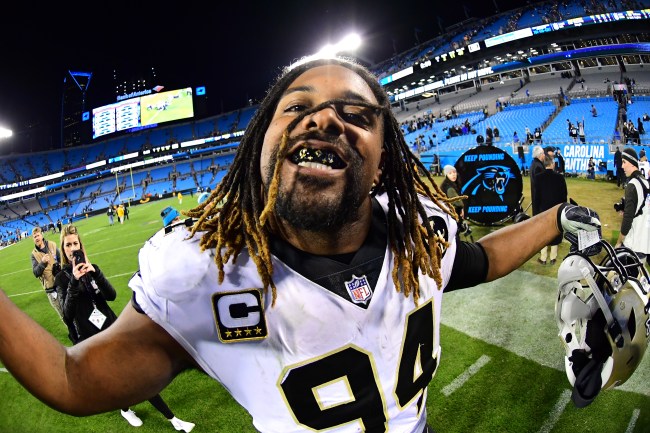 Cameron Jordan is a four-time Pro Bowler for the New Orleans Saints, and was taken with the No. 24 overall pick in the 2011 NFL Draft. He plays defensive end and played college football for the Cal Bears. Oddly enough, though, the same year he was in the draft, a tight end from Southern Cal with a similar name, Jordan Cameron, was available — and, yep, the Cleveland Browns absolutely botched the two dudes up.

As a Browns fan myself, I can tell you that the factory of sadness has been very real ever since the team returned to the league in 1999 as an expansion franchise. Botched draft picks. Pathetic records. A rotating carousel of head coaches, coordinators and front-office people. It’s sad AF to admit that I root for the Brownies a lot of times.

And, the most recent example came when Cameron Jordan, once again, reminded the world at how inept the entire franchise really was, telling a story on The Dan Patrick Show that is about as classic Browns as it gets. Take a look below.

.@camjordan94 shared the most Browns story ever with us: after already being drafted in 1st round by Saints, the Browns called Jordan on day 2 of the draft to tell him they were selecting him pic.twitter.com/RD8VsMRKRH

Here’s a quick snippet of what Cameron Jordan had to say, with the defender joking that he “was good,” and that he refused to “go to Cleveland.” Of course, he wasn’t opposed to joking about taking double salary, though.

“When we got drafted. I got drafted in the first round. He got drafted in the (fourth round). The Browns called me while I was chilling with my D-line coach, coach Bill Johnson at the time, who is going to the Super Bowl this year. We were driving from the airport, and I got a call from the Browns. They were like, ‘Hey, we’re about to select you.’

“‘I mean, I’m good, actually. I think I’ve already been selected.’ But if you want to send that check, I’ll take that … I’ll take two signing bonuses, but I refuse to go to Cleveland.”

Look, I get it, the guys have the same names, just flip-flopped; so this kind of stuff happens. But for all the money and time and resources it takes for NFL teams to scout players to try and understand why they cheated on a middle school test, you’d think this wouldn’t happen. And, because it’s the Cleveland Browns, Cameron Jordan is reminding us all that the team is about as clueless as we all thought.