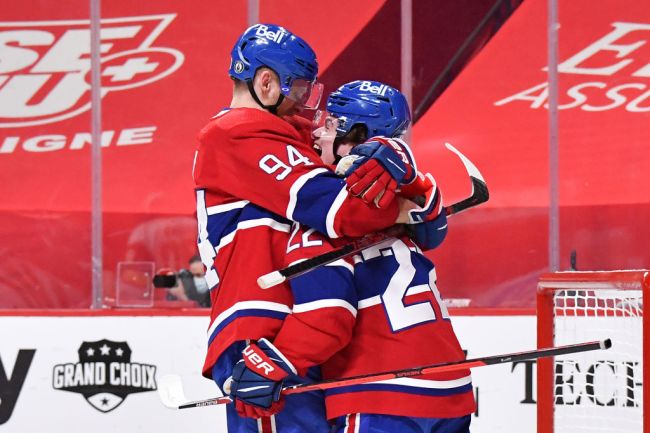 Rob Gray has a lot of faith in his favorite hockey team. The 29ish-year-old Canada-native lives somewhere in the Toronto area, but when it comes to hockey he’s all Montreal.

The Canadiens are currently in the middle of a magical playoff run. After securing the last playoff spot in the North Division, Montreal beat Toronto in seven games, swept Winnipeg and defeated Vegas in six. By taking down the Golden Knights, the Habs advanced to the Stanley Cup Final for the first time since 1993.

Gray’s team will continue their postseason with hopes of securing their first NHL Championship since that ’93 season on Monday. They will begin on the road and face either the Tampa Bay Lightning or the New York Islanders.

Prior to the series, after Montreal reached the final, Gray decided to celebrate the Canadiens’ future championship. Not necessarily this year, but this decade.

Gray did not indicate what inspired the idea, or why he left the number open for interpretation, but it was pretty smart of him not to jinx it. Or he was concerned about the optics if he put a 2021 and then he had a failed year on his thigh. Also a good thought.

Gray is recently engaged, so he doesn’t have to worry about explaining the tattoo to anyone else in his dating life. That’s a positive.

With all that being said, it’s still an aggressive move. Best of luck!