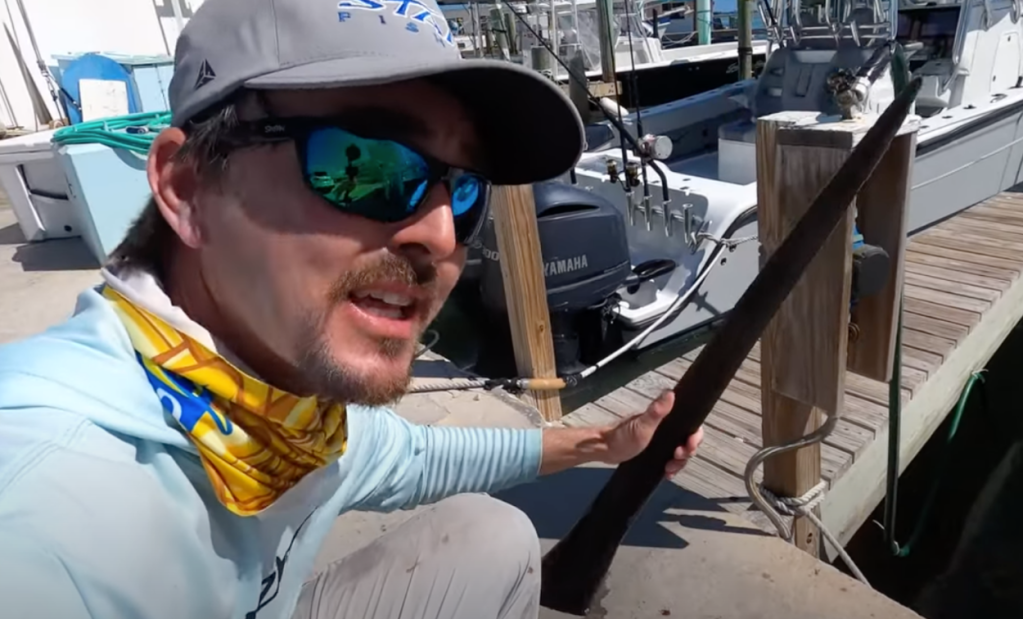 Capt. Nick Stanczyk is one of the best swordfish captains on the entire planet. That’s not even a subjective opinion, it’s a fact. He has won trophies for tagging the most swordfish in a calendar year. Did you know that Swordfish eat Lancetfish???

Nick recently uploaded a wild clip to his YouTube channel of finding a rare Lancetfish inside the belly of a swordfish caught at 1,500-feet. In the clip, we see them battling a swordfish before getting it into the boat.

That fight lasted a full 40-minutes because the sword was foul hooked. Once they get it on ice, they stopped to do some bottom fishing for Snowy Grouper and Blueline Tilefish before heading back to the marina. That’s when the Lancetfish was discovered inside the belly of the swordfish.

If you’ve never seen a Lancetfish before you’re in for a treat. They legitimately look like sea dragons. Their fins and teeth and shimmer are out of this world. It’s one of the coolest species in the ocean but they’re also rarely seen because they live in extremely deep water.

The portion of the video that highlights the Lancetfish is around the 11-minute mark if you want to jump ahead to that. I’ve also included Nick’s Instagram post of this wild sea monster so you can see a picture as well.

Here are some more (random) pictures of Lancetfish that I found on Instagram so you can really get a sense of how insane they look. These are living aliens and apparently swordfish love to eat them.

They are truly out of this world. I’d LOVE to catch one someday. I’d settle for just seeing one in person.

You should 100% be following Capt. Nick on Instagram, by the way. He catches some of the most interesting fish in the ocean. Here’s a huuuuuge Bigeye Thresher Shark he caught a few years ago. Check that out!