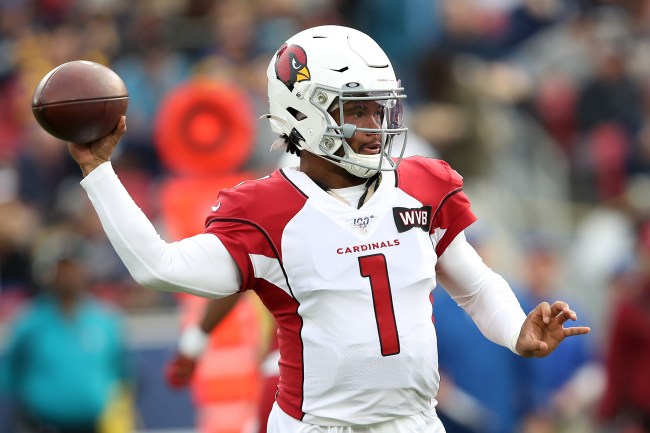 Arizona Cardinals quarterback Kyler Murray is joining several NFL players including Baker Mayfield who have come forward to say they will kneel during the national anthem next season amid social unrest in the country.

In an interview with ESPN, the sophomore QB said that he was definitely going to be kneeling during the seaon because he stands for “what’s right.”

“Yeah, I’ll be kneeling,” said Murray, echoing similar sentiments shared by fellow players Adrian Peterson and Baker Mayfield and Texans coach Bill O’Brien, among others, in recent weeks. “I stand for what’s right and that’s the bottom line. I call it like I see it, and what’s been going on is completely wrong, so I’ll definitely be taking a knee.”

Murray explained his reasoning to kneel more in-depth later in the interview.

I don’t really care what anybody thinks about me, never have, but I know a lot of people that do,” “And for me being a black man in America, if it’s wrong I’m gonna say it’s wrong. I feel like personally, it’s on everybody to hold each other accountable. But more so, for me, if you’re white and you got white friends that feel this certain type of way or don’t understand what’s going on, it’s on you to educate them, as well as black, Hispanic, any other ethnicity.

“If you have any racist friends, it’s on you to stop that immediately and let them know why that’s not right, or what’s wrong with the way they think or just opening their eyes and allowing them to understand what’s wrong with their thought process because, to be honest, I mean, we’re all human. And I feel like we should all be treated equally. I don’t get the debate on why everyone should be treated equally because of their skin color. It doesn’t make sense to me, but it is what it is right now. We’re trying to fix that.”

Of course, Murray got some pushback from fans on social media about his stance but he apparently doesn’t care what they think. Murray had a blunt response to one fan who disapproved of his comments about kneeling.