Cardinals Radio Broadcaster Tries To Learn What An NFT Is Live On Air: ‘I Don’t Use The Online, So I Don’t Know’ 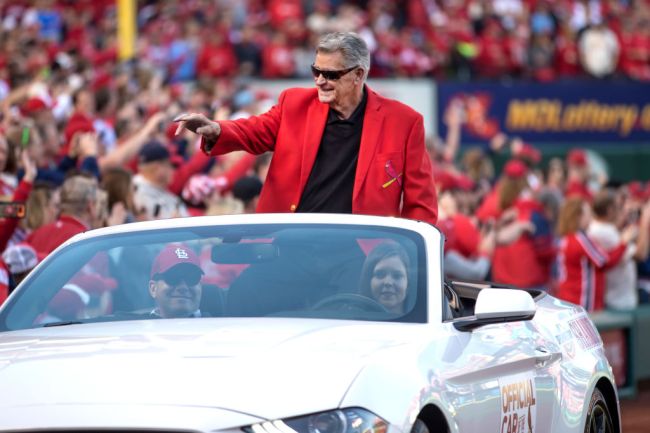 Mike Shannon is in the middle of calling his 50th and final season as the radio announcer for the St. Louis Cardinals. The St. Louis legend is also 80-years-old, and is the definition of an ‘old-school dude.’ Him not knowing what the hell an NFT is isn’t surprising. I’m 28 and I don’t really know what NFT’s are.

Regardless, the Cardinals have gotten into the NFT game and had Shannon inform listeners that they could bid on a Busch Stadium NFT. Shannon had clearly never seen the letters NFT together like that, so naturally, he started asking questions live on air during St. Louis’ game against the Tigers on Wednesday.

Shannon literally started asking others on the broadcast team, and I presume producers in his headset, what an NFT is. He was bound and determined to figure out what NFT’s are, saying “If we have to turn this place upside down, we’re going to find out what an NFT is.”

The video clips that ensued are incredible.

Mike Shannon gets to the bottom of this NFT business 2/2 #stlfly pic.twitter.com/vPeAxiGwDW

When Shannon starts throwing out guesses what NFT stands for is when things really pick up. No friggin’ touchdowns? No friggin’ tonsils? I love that he was set on ‘NF’ standing for ‘No Friggin.’

Then he gets handed a print-out explaining what NFT’s are, and when he sees the word ‘cryptocurrency’ he becomes that much more lost.

Just three minutes of pure gold ended with an all-time line from Shannon: “I don’t use the online, so I don’t know.”

The Cardinals are 13 games back in the NL Central and 3.5 games out of the Wild Card, I say presenting Shannon with different words and subjects that only live on the Internet should be regular occurrence from here on out.