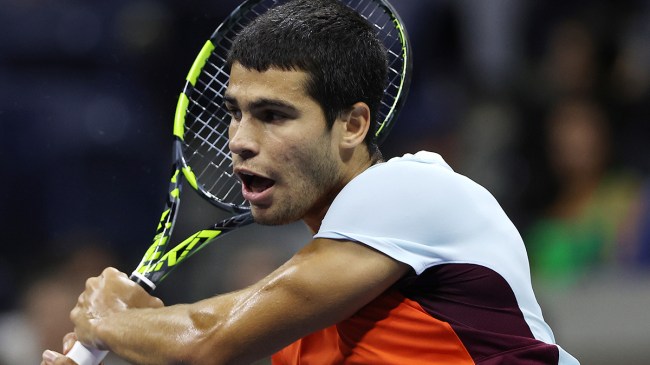 The bulk of the attention was on Serena Williams heading into this year’s US Open for obvious reasons: the legend all but announced she’d be retiring after the tournament, and she staged a tiny run before being eliminated in the third round in a showdown against Ajla Tomljanović that ended up being the most-watched tennis match in the history of ESPN.

Many casual tennis fans may have lost interest after Williams was eliminated, and it’s safe to assume the network won’t be topping that number for the rest of the Open—especially when you consider this is the third time since 2003 that at least one member of the quartet of superstars comprised of Williams, Roger Federer, Rafael Nadal, and Novak Djokovic won’t be appearing in the quarterfinals at a Grand Slam.

The last time none of Serena Williams, Rafael Nadal, Novak Djokovic and Roger Federer were in the quarterfinals at a Grand Slam: 2003 U.S. Open.

With that said, some of the most talented players in the world are still in contention in Queens and continue to put on one hell of a show. That includes Carlos Alcaraz, who faced off against Jannik Sinner inside Arthur Ashe Stadium on Wednesday night in a battle to become one of the four men left standing.

However, the highlight of their contest came relatively early on.

In the first set, Alcaraz was on the verge of putting the final game away while Sinner was hoping to extend things while serving with the advantage. This led to one of the most impressive sequences you’ll ever see, as Alcaraz not only manage to successfully return a volley with a truly insane behind-the-back shot but won the point by successfully scrambling to get his racket on the drop shot Sinner deployed to try to ice things.

ALCARAZ BEHIND THE BACK WHAT?!!?!?! pic.twitter.com/ylewLwrqxu

That guy’s pretty good at tennis.