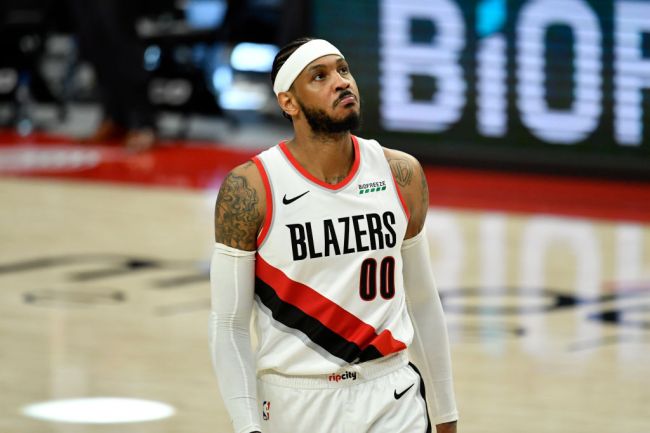 The 2003 NBA Draft will be remembered for having one of the greatest draft classes in league history with the likes of LeBron James, Dwyane Wade, and Carmelo Anthony. For Detroit Pistons fans, it’ll be remembered as the draft their team passed on Melo and Wade to pick Darko Milicic second-overall.

It’s arguably the biggest ‘what if’ moment in Detroit sports history. While the Pistons won the NBA title in 2004 and made the NBA Finals again a year later, there’s no telling how great those Pistons teams could have been if they drafted Anthony with the No. 2 overall pick.

Melo himself thought he was going to be a Piston because Detroit told him, even leading up to the draft, that it would be drafting him.

Anthony went third-overall to the Denver Nuggets and solidified himself as one of the best scorers in NBA history, but even he wonders what could have been if he started his career in Detroit.

In a recent interview, he shared that Larry Brown, who was set to take the Pistons head coaching job in 2003, promised Melo that Detroit was going to draft him. Anthony says he still thinks about that today.

Melo was 𝐩𝐫𝐨𝐦𝐢𝐬𝐞𝐝 to be drafted by the Pistons 😳

He believes that decision changed the course of his career. #ATS100 | @carmeloanthony pic.twitter.com/vof21kguTH

Back-To-Back Titles For Detroit If Melo Was There?

Melo is convinced that if Detroit did draft him then the Pistons would have won back-to-back titles.

Milicic ended up appearing in 96 games for the Pistons over three years averaging just 1.6 points and 1.2 total rebounds, playing just 5.8 minutes a night.