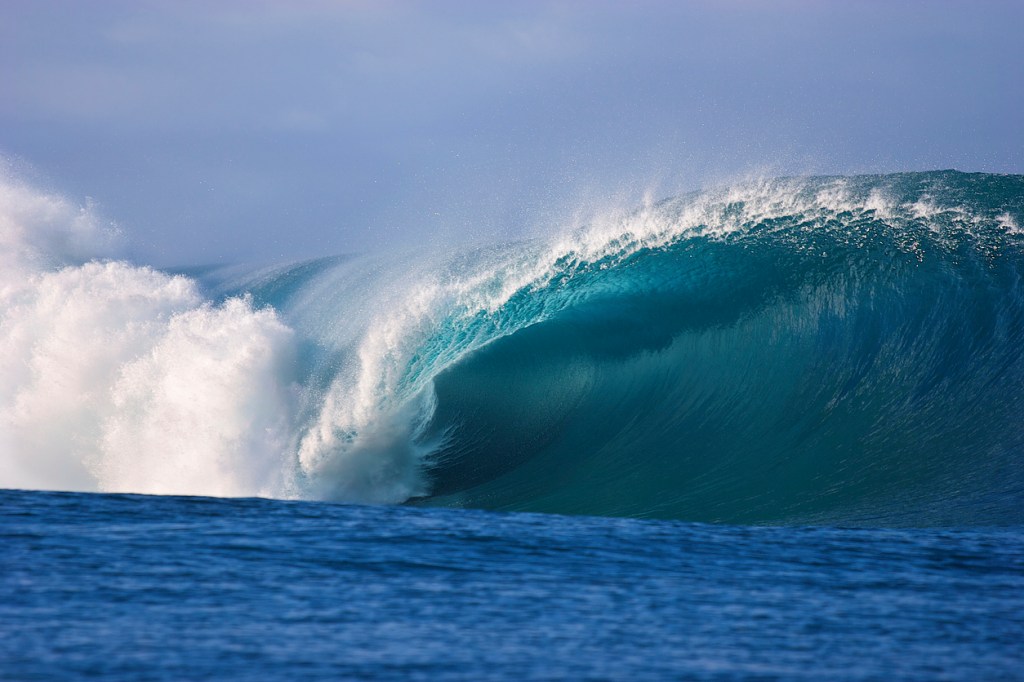 When Teahupo’o is firing under perfect conditions it is one of the most perfect waves on the planet. It’s the annual home of the Billabong Pro Tahiti surfing event (WCT tour). And it is a wave that should only ever be surfed by professionals because of the awesome power it produces.

May 25th was the official ‘opening season’ for Teahupo’o this year. It drew in surfers from the four corners of the planet seeking to ride one of the heaviest waves in existence. This influx of pro surfers then brings in the Surfing media and all sorts of photographers.

The end result is we, the people who weren’t there, end up getting to witness some pretty epic footage from these sessions. This video uploaded by Nic Von Rupp is a supercut of the gnarliest wipeouts at Teahupo’o on May 25th and it really gives us a close-up look at terrifyingly powerful this wave is.

One of the unique features of this wave is how the spectators can stay parked just on the outside and watch because it breaks so reliably in the same spot. Check it out:

If you thought the carnage would end there, you’re wrong. Here is a video of a taxi boat getting launched into the air not once but TWICE by this powerful wave at Teahupo’o:

Alternate DRONE footage of that boat getting launched:

There are some pretty boneheaded things on my personal ‘extreme sports’ bucket list but ‘surfing Teahupo’o’ is definitely not one of them.

I’d love to watch it in person one day but I’m not exactly going to spend the money to fly across the planet to Tahiti just to watch some guys surf up close. I’d rather spend that money to go hurt myself on a smaller wave.

There’s something about Tahiti’s Teahupo’o that brings out the crazy in surfers. I was reminded of this moment a few years ago when Red Bull-sponsored surfer Jamie O’Brien set himself on fire before surfing the powerful wave. A totally normal thing to do, right?

These big wave surfers are just built different. That’s the only explanation here.