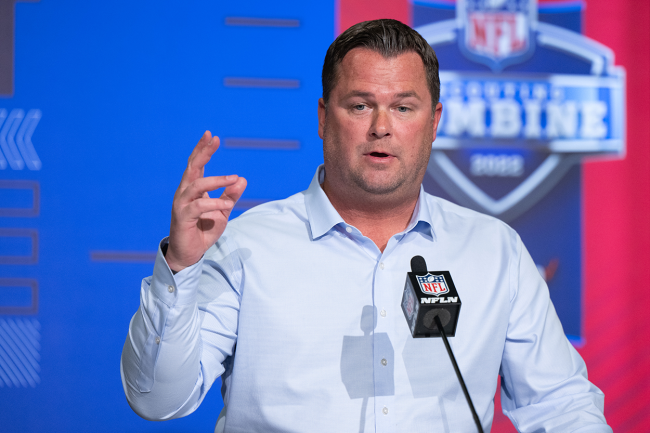 The Panthers have not made the playoffs since 2017 and have not found consistent success after reaching the Super Bowl in 2015. There are a lot of needs to address in Carolina and the NFL Draft is the next opportunity for the organization to do so.

As the first round quickly approaches on April 28, the front office, head coach Matt Rhule and his staff must come to a consensus on what to do with their pick. The Panthers are currently set to pick sixth overall and are considered by many to be eying a quarterback.

Although the team has been adamant that it is confident in Sam Darnold, there is a general understanding that Darnold may not be the guy. So while Carolina could open camp with Darold as the incumbent starter, it would go against almost everything that the team has said and tried to do long-term at the postion.

Thus, the belief is that the Panthers are going to draft a quarterback. Whether it be in the first round or later, Carolina is going to draft someone at some point.

If the team is wanting to get “their guy” or one of the top guys, it could require them to draft someone like Kenny Pickett or Malik Willis at No. 6. However, if the Panthers are willing to take a risk that one of the two will fall or have someone else in mind — say, Matt Corral — they might be able to wait.

Based on recent comments from Panthers General Manager, Scott Fitterer, it appears as though trading back is what the team might do.

Scott Fitterer on if he thinks there’s a QB in this class worthy of being at #6 and the likelihood that the #Panthers trade back. pic.twitter.com/jz8DKrq3PU

Fitterer made it clear that he is not going to trade just to trade. However, when asked whether the team would be picking at six, he definitely showed hesitation.

This man is trading back lol. He even leaned back when asked the question lmfao pic.twitter.com/atNCoKGOsg

Obviously, as he said, if there is a good player available that is on the Panthers’ draft board at No. 6, then Carolina is going to take that player. If not, it seems like the Fitterer and the team are prepared to move back.