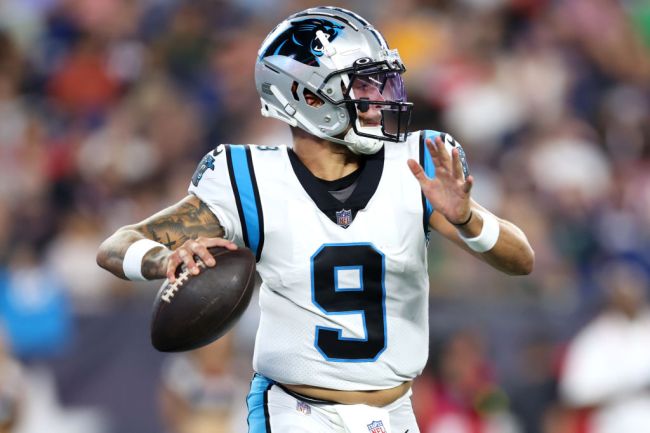 Last night, the Panthers played their second preseason game of the year and the team used it as an opportunity to get a look at Matt Corral and PJ Walker, having the players alternate quarters as the team’s QB.

Unfortunately, that showcase may have cost Corral his rookie season. He left the game early last night with an injury and today we learned the full extent of that injury. According to Panthers head coach Matt Rhule, Corral suffered a Lisfranc injury.

Corral wasn’t going to play much this season after the Panthers acquired Baker Mayfield, but he would still have had chances to learn from the team’s likely starter and develop in practice.

This injury will create an interesting situation for the Panthers after this season. While they will likely be even happier with their decision to bring in Baker after this injury, there was a chance that Baker was only going to be the QB for this season and then the Panthers could potentially turn the reigns over to Corral for next year.

Now, that’s a decision they could have to make without really knowing where Corral is at in his development.

Corral was a total of 10/24 for 69 yards over the course of his 2 preseason appearances and was certainly heading toward being the team’s QB3 for the season, especially after Walker threw a pair of interceptions last night.

Walker will now likely make it through roster cuts this season and once again operate as the team’s QB3.

Hopefully Corral doesn’t experience any issues in his recovery and is able to bounce back from this in his sophomore year in the NFL.