Cavs Are Reportedly Not Interested In LeBron James Potentially Coming Back To Cleveland After Witnessing Disaster In L.A. 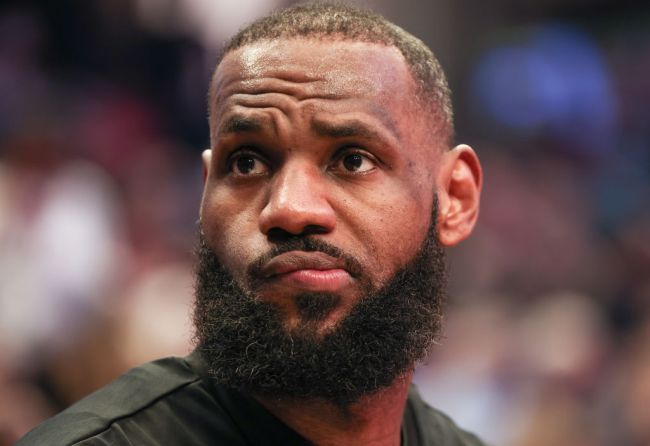 During the All-Star break, we began hearing speculation that LeBron could potentially leave LA to join the Cavs, who are playing well with a young core, but NY Times NBA insider Marc Stein is reporting that Cleveland wouldn’t welcome the Lakers superstar back with open arms.

“As far as the Cleveland thing, look, I wrote it in my Monday piece that based on what I was hearing, if we could get the true, unfiltered thoughts of Dan Gilbert and Koby Altman — first of all, they can’t publicly say anything about LeBron publicly, he’s a Laker, a player on another team — but I wrote it Monday, and I believe even more strongly now based on subsequent conversations: The Cavs do not want to do a third LeBron dance. This franchise, this organization, this ownership, this front office, they’ve had to hear, for a zillion years, ‘you’ve never done anything without LeBron, LeBron is your only path to relevance and success, there hasn’t been a playoff berth without LeBron since ‘98.’

“They’ve built something really special in Cleveland. Something with long-term prospects in addition to how well they’re doing in the short term… If we could get their unfiltered thoughts, I really don’t think they want to remarry LeBron James and Klutch Sports, because when LeBron is with the team, he puts a lot of pressure on the front office. He puts a lot of pressure on ownership. He wants to call the shots, and I don’t think they want to live that life again. They lived it in two previous stints, and hey, it got them a championship.

“LeBron is the ultimate Cleveland sports hero, he led the Cavs to a comeback from 3-1, something no one had ever come back from… and it was the first championship of any kind for Cleveland in 32 years, you cannot take any of that away from him… But I think, truth be told, they would prefer not to welcome him back, and they want to see what they can build around this amazing young group that they have right now.

Stein’s report comes as The Athletic’s Bill Oram describes LeBron’s power within the Lakers organization as greater than the one Kobe Bryant wielded during his tenure with the team despite the disastrous results this season.

“But for as important as Bryant was to the Lakers, sources inside the organization have long said that not even the legendary Black Mamba wielded as much power within the organization as James now has,” wrote Bill Oram of The Athletic.

“Bryant was never able to strong-arm the Lakers to make a move like the one James helped orchestrate for [Russell] Westbrook, which has proven to be an outright disaster.”

LeBron is still playing at a superstar level, but it seems like teams are less willing to put up with all the baggage that comes with him.