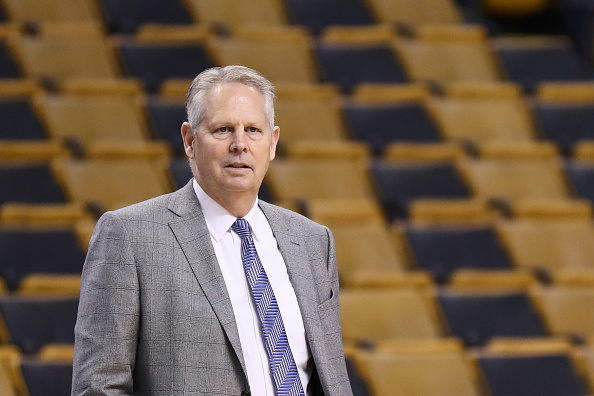 Last week, Lakers superstar LeBron James made headlines when he declared himself the greatest basketball player of all-time over Michael because his 2016 Cavs team came back from 3-1 deficit against the 73-9 Warriors.

LeBron believes he is the GOAT for beating the 73-9 Warriors.
(VIA @uninterruptedpic.twitter.com/zPFsK2Rj69

LeBron has been getting some pushback from several former players over his controversial GOAT comments.

Here’s Chauncey Billups on ESPN arguing as to why he doesn’t think LeBron is the GOAT.

Chauncey Billups on LeBron calling himself the GOAT for beating the 73-9 Warriors "Maybe if he would have hit the shot Kyrie hit" pic.twitter.com/FsSfDIBS2p

Today, Boston Celtics president of basketball operations Danny Ainge blasted LeBron and compared him to Donald Trump which will of course rub LeBron the wrong way considering how much he hates Trump.

Danny Ainge on LeBron saying he’s the GOAT: “His career's not over. I'd just like to (know) why he's saying that, I don't know. Maybe he thinks that that sells. Maybe he's taking the Donald Trump approach and trying to sell himself. I don't know." https://t.co/P6grEkrGRl

Can’t think of a better way to piss off LeBron than comparing him to Trump, which of course Ainge is not doing from a political perspective, but rather just that LeBron may be overselling himself. Also h/t @darren_hartwell for the quote.

It was probably not a good idea for Ainge to take a shot at LeBron considering he’s attempting to trade for Anthony Davis who is currently signed with LeBron’s agent/ best friend Rich Paul.

Did Danny Ainge forget who Anthony Davis’ agent is?

Ainge did two things with that statement he made about Lebron. Renewed the Lakers Celtics rivalry and took the Celtics out of any conversation for Anthony Davis.