WWE Superstar Cesaro Suffered A Nasty, Bloody Injury When Two Teeth Got Knocked Out During PPV 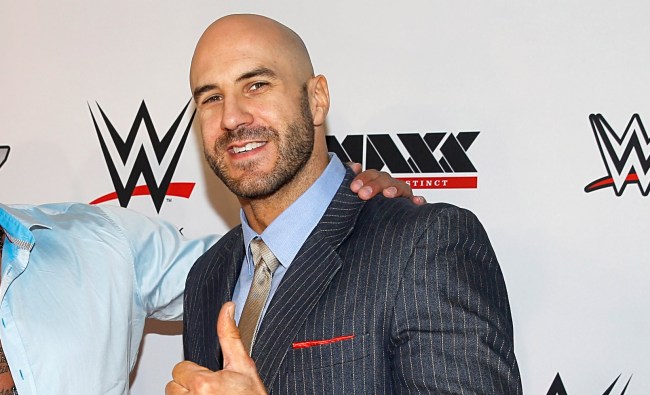 WWE superstar Cesaro, aka The Swiss Superman, wasn’t looking very super after participating in a tag team match on Sunday night with his partner Sheamus at the No Mercy PPV where he suffered a very nasty facial injury.

Competing against Dean Ambrose and Seth Rollins for the tag team titles, Ambrose launched Cesaro into the corner, hitting the turnbuckle – an extremely basic move that’s doesn’t usually cause any injuries, let alone what happened on Sunday night.

However, this time, for some reason, Cesaro came away from the corner, dropped to his knees and put his hands to his mouth only to discover he had broken off his two front teeth.

Naturally, Cesaro continued the match to its finish, despite his mouth being a bloody mess, as Ambrose and Rollins ended up retaining their titles, adding insult to injury.

Following the match, Cesaro ended up needing three stitches and will have to undergo emergency dental work to repair his teeth, according to WWE.

Unfortunately, he’s not the first to have this happen in the ring as SmackDown Live women’s champ Natalya, shared her condolences to Cesaro with a picture of her own missing teeth, which she has also since had fixed.