Chad Kelly Released By Broncos After Arrest, New Report Reveals That He Was Kicked Out Of Von Miller’s Party For Getting Into Fight With Guest 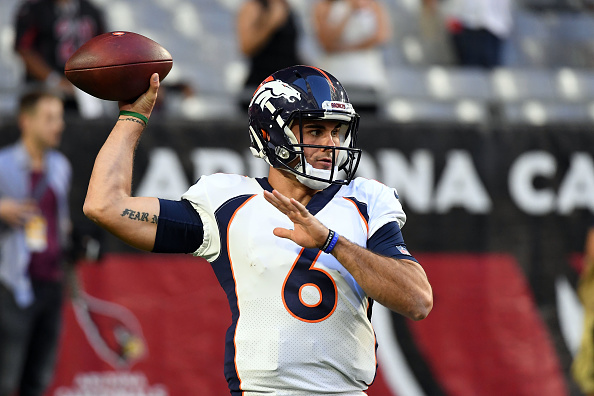 Chad Kelly is no longer part of the Broncos organization following his trespassing arrest.

Yesterday afternoon it was revealed Kelly had been arrested for wandering into a stranger’s house after leaving Von Miller’s Halloween party.

According to the arrest affidavit, Kelly entered the home uninvited and sat down on the couch next to a woman who was holding her young child. Kelly allegedly “mumbled incoherently.” The male homeowner whacked Kelly with an aluminum vacuum tube and kicked him out of the house.

The man was chased out of the home by its occupant, and after a short search, the man described by the victim was found in a black SUV near the Gothic Theatre. Teammate Von Miller held a players-only Halloween party at the theatre on Monday night.

He was identified as Chad Kelly; Kelly was arrested without incident and was brought to the Arapahoe County jail on a charge of first-degree criminal trespassing. He was in court at 9:30 a.m. local time.

Here is the full arrest affidavit from the Englewood PD on the incident involving Chad Kelly: pic.twitter.com/e2JdiEmRIa

We now have new information on what happened to Kelly before his arrest and it turns out that he was kicked out of Miller’s party for getting into a “physical altercation” with a guest.

As @RapSheet reported, #broncos have released QB Chad Kelly following Tuesday’s arrest for trespassing. Per sources, Prior to the arrest Kelly was involved in physical altercations with a guest at Von Miller’s party & with hired security while being escorted out of the party

Broncos GM Elway made sure to express his disappointment with the troubled Kelly.

Statement from the #Broncos following the arrest of QB Chad Kelly:
“We are disappointed that Chad Kelly was arrested early this morning. Our organization has been in contact with Chad, and we are in the process of gathering more information.”