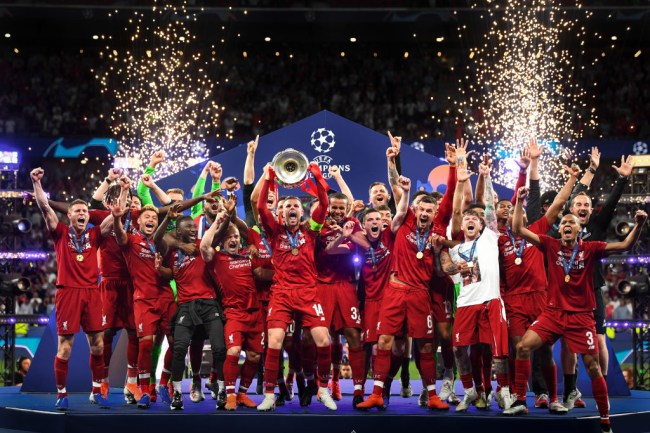 With all of the five major European soccer leagues back in action — well, except for France, who decided to pull the plug on Ligue One WAY too earlier — UEFA has announced its official plans to resume the 2019-20 Champions League season with a bonkers 12-day tournament in Lisbon, Portugal.

The Champions League tournament, which will begin with the Round of 16 second-legs on August 7 and will run until the final on Saturday, August 23. The teams currently still alive in the Champions League are Barcelona, Real Madrid, Bayern Munich, Juventus, Napoli, Paris Saint-Germain, Lyon, Atalanta, Chelsea, and Manchester City, with a handful of those teams still needing to complete their Round of 16 match-ups.

The current defending champions, Liverpool, were knocked out by Atletico Madrid just prior to the global shutdown in mid-March. At this time, the bookies have Manchester City and Bayern Munich as the co-favorites of the tournament. Behind them sit Paris Saint-Germain in third and Barcelona in fourth.

Below, you can find the full tournament schedule: