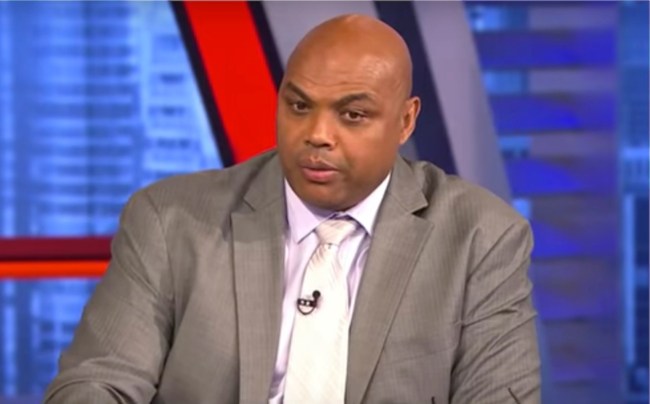 Charles Barkley is one of the most entertaining commentators we have in sports. He’s funny. He’s outspoken. He’s got this fake and friendly mini battle with Shaquille O’Neal as analysts on TNT. Overall, Charles Barkley seems like the type of dude guys want to be around.

Just because Barkley appears to be a nice guy, though, doesn’t always mean that people return the favor back to him. Case in point, this fraudulent investment scheme that a couple wealthy lawyers in Alabama pulled on the Basketball Hall of Famer.

According to a lawsuit filed by the Securities and Exchange Commission (SEC), a father-son duo named Donald Watkins Sr. and Donald Watkins Jr. played Barkley for more than $4 million in a fake biofuels company called Masada. From 2007 to 2014, Charles Barkley — along with a few other former professional athletes — gave millions to the Watkins’, with the investors led to believe that the company wasn’t just worth billions already, but that it was on the verge of being sold to Waste Management.

However, the Watkins’ fictionalized the entire investment scheme, and, for their part, are now standing trial after being indicted on charges of wire fraud, bank fraud, and conspiracy to commit those crimes. In that trial, Charles Barkley’s former financial advisor, Glenn Guthrie, took the stand to testify in the case, explaining how the former All-Star hoops player got involved with the investment, as well as how much money he got screwed out of over the years.

“Guthrie said Barkley called one morning said he wanted Guthrie to wire a million dollars to Watkins Sr., and that Watkins Jr. would call with wiring instructions. According to Guthrie, Barkley said “This is mine and this is my investment. I want to do it.”

Sounds awful. To think there are people out there cruel enough to try and pull something like this on others is disgusting.

Charles Barkley also commented on the situation. Here’s what he had to say in a deposition regarding the case, via AL.com.

“I haven’t gotten a dime back and we are proceeding — this thing has been a shock to my system to be honest with you. I consider that Donald has always been a friend to me and this whole situation is really unfortunate. Because I’ve lost a lot of money”

For those thinking Charles Barkley has millions to blow given his basketball earnings and everything else, CelebrityNetWorth estimates that he’s got a net worth of $40 million, so we’re talking about 10 percent of his earnings here. Even if the Watkins’ are guilty of the crimes, there’s little chance Barkley or any of the other investors get back any of their money, so the entire situation is a devastating one.