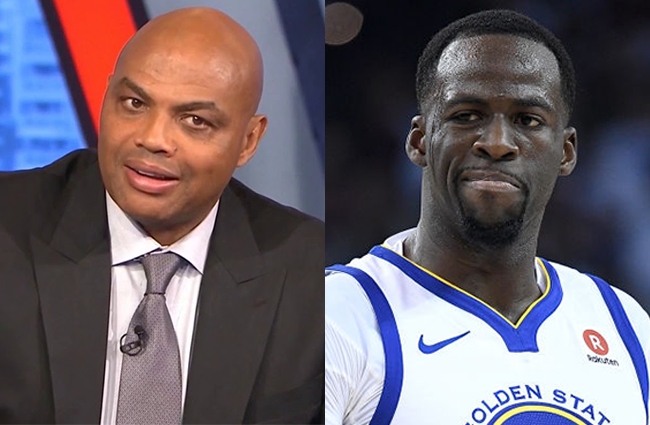 Charles Barkley provided plenty of entertainment on the court during his time in the NBA but I’d argue he’s managed to bring even more joy into our lives since retiring thanks in no small part to the many feuds he’s found himself engaged in that can be largely credited to the total lack of restraint he displays when it comes to going after anyone who manages to spark his ire.

There is perhaps no beef in history that I adore more than Chuck’s well-documented hatred of the women of San Antonio but that’s just the tip of a massive iceberg, as he’s also said he’d use being diagnosed with a terminal illness as an excuse to kill Skip Bayless on live television and repeatedly sparred with LaVar Ball in a war between two men who seemingly need to constantly insult people to stay alive in the same way a shark can never stop swimming.

However, there is perhaps no one who’s had to deal with more of the many shots Barkley has fired than Draymond Green, who found himself (and his mom) embroiled in a verbal sparring match a couple of years ago after the Hall of Famer expressed his desire to punch the Warrior in the face.

Green responded to that remark by channeling his inner internet commenter and pulling out the classic “You won’t fight me in real life” retort, and while the two of them haven’t engaged in actual fisticuffs, they’ve continued to trade barbs and their most recent spat resulted in Barkley saying Green is about as responsible for the former dominance of his team as the worst member of a boy band is to the group’s success.

On Monday, Barkley expanded on that analogy during an appearance on the online talk show John Calipari recently launched, as he once again likened Green to NSYNC’s weakest link (which was definitely Chris Kirkpatrick) while colorfully illustrating his point by saying he’s the guy who’d get hit in the face by a stray pair of underwear intended for Justin Timberlake.

The convo has been great. Lots of Jordan stories too. Watch here: https://t.co/MQYDBoSRa9 pic.twitter.com/153MYKVrTt